EIMA, stronger than anything 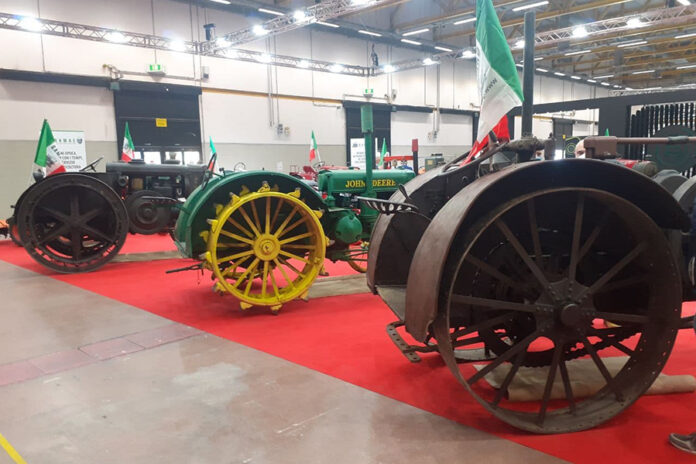 The world exhibition of agricultural machinery sweeps away all uncertainties linked to the health emergency and makes an impact with exceptional numbers. After five days, the exhibition was closed on October 23, with 270,700 visitors, 25,900 of whom from abroad, a result that makes EIMA a “top” international event not only in the specific sector of agricultural machinery, but also in the landscape of trade shows in absolute terms. Not only was the number of visitors remarkable, but also the quality of the public, largely made up of businesspeople interested in new products and the purchase of technologies suited to the most diverse agricultural settings. The cultural part of the exhibition was also very rich, with a total of 116 conferences and seminars on technical and political topics. “EIMA wanted to go ahead this year, despite the inevitable defection of exhibitors and visitors from some countries that are still in a health crisis,” comments Alessandro Malavolti, president of FederUnacoma, the association of Italian manufacturers that is organising the event, “and despite the scepticism of all those who were aiming to suspend it until November 2022. “The data have proved us right and the 2022 edition will not be for us the ‘restart’ edition but the ‘reconfirmation’ one, the consecration of an event that in the most difficult year has given an extraordinary proof of strength”.
“On the eve of EIMA we had already indicated as a good result the threshold of 160,000 visitors, that is, about 50% of those who had participated in the record edition of 2018 – added Simona Rapastella, general manager of FederUnacoma – while the final data indicate an attendance of 85% of the last edition before the pandemic, a result that seems ‘miraculous’, but which in reality is the result of a great deal of work by the structure, of our determination to highlight the value of EIMA on the international exhibition scene, and of the exhibiting companies that followed us”.
Gianpiero Calzolari, president of BolognaFiere, also commented on the success of the exhibition saying “we are particularly proud of the results of EIMA 2021 that bear witness to a widespread trend of economic recovery after the pandemic emergency. These are results that also underscore the importance of an extremely high-tech sector that is strategic for the objectives set by the green deal. Agriculture has a fundamental role to play in the ecological transition, and the operators in this sector are the main protagonists. Today, agricultural machinery is an essential tool for an increasingly important role in agriculture, as the event testified. A heartfelt congratulations to FederUnacoma for the organisational commitment that has led to this success”.
Agricultural mechanics and research
Since 1989, when it was set up on the initiative of FederUnacoma to support research and innovation in the field of agricultural mechanics, it has tackled and discussed 277 issues affecting the sector, from the need to support and enhance technology transfer to companies by research centres to sustainable development. Now the Meeting Club of Bologna is celebrating its 30th anniversary at EIMA, the international exhibition of agricultural and gardening machinery currently taking place in the halls of BolognaFiere. For two days, top experts in the sector from all over the world met to make a contribution to the growth of the agricultural machinery industry. “When we were born there were 51 of us, today there are 94”, explained the president of the non-profit association, Paolo Balsari, from the University of Turin, opening the meeting. Also in attendance, Alessandro Malavolti, president of FederUnacoma, which gathers agricultural machinery manufacturers in Italy. “The establishment of the association was one of our best investments in expanding the industry,” Malavolti said as he brought his greetings. Most of the members of the Club of Bologna Meeting (58%) are university professors from the best universities in the world and researchers. They were also joined by representatives of government agencies, as well as industry associations and federations involved in research and innovation and support for industrial growth. A total of 28 countries were represented.
The Meeting Club of Bologna was created with the aim of promoting discussion and exchange of experiences between scholars, companies and international organizations on the best practices worldwide. This year, three major themes were addressed during the celebrations: the sustainable growth of agricultural mechanization, the world market and new demand, and machines dedicated to specialized crops, such as viticulture.