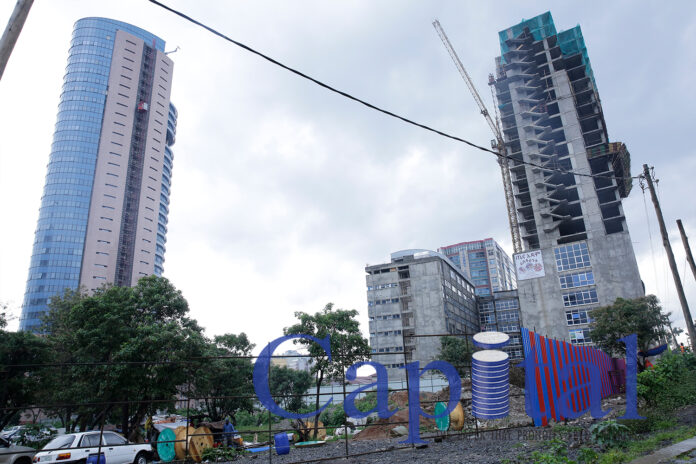 Enat Bank becomes a pioneer to secure a plot at the heart of Addis Ababa under the new initiative of the City Administration.
The city administration and Ethiopian Bankers Association (EBA) agreed to be provided with plots for the financial institutions under the aim for the later to construct high rise buildings.
After the agreement banks had tabled their proposal to the administration to receive the plots. Currently, Enat Bank has become the first who secured the land under the initiative.
Wondwossen Teshome, President of Enat Bank, stated that they secured a plot that is almost half hectare, located around the National Bank of Ethiopia where other banks are constructing their headquarters.
“If you want to get a plot from private owners at the stated area it might be very expensive and that forced us to hold our plan to secure and construct head office in the past,” Wondwossen told Capital.
He said that the bank has received 4,800 square meters in front of Yobek Building around NBE that he stated as a very big plot. 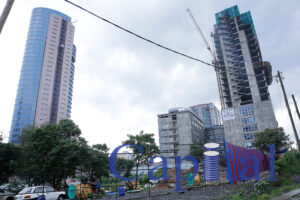 “Since the initiative was introduced we have gone all the way to get a plot and by chance we have secured a vacant plot at the area,” the President explained. According to Wondwossen, the bank has already settled all required lease payments and other appropriate fees and secured the land.
“In the past we have been looking for opportunities to get a plot for the construction of our headquarters,” he stated.
According to the plan, the bank has targeted to construction a 35-storey building, while detailed procedures will be done in the future.
“As a theory the building will include special facilities like kindergarten, women training center and a facility for Enat Foundation,” Wondwossen says adding “as Enat we have different special initiatives like women empowerment and other features dealing with women.”
The bank have already estimates that the new upcoming building will consume two billion birr, “in the past we allocated one billion birr but now the construction cost has skyrocketed and due to that our budget increased to two billion,” the President explained.
In relation with COVID 19 effect Enat, which is one of the youngest bank in the financial industry, cancelled the interest rate for hotel and tourism sectors for three months starting from June besides delaying loan settlement for the stated period.
“Meanwhile we did not disclosed for media the bank is under study to see the effect of COVID 19 for other sectors to take possible relief measures for customers,” Wondwossen said.
Under the initiative of the City Administration other banks are also expected to secure plots at the place. Recently the City Administration has given a green light for Dashen Bank to secure 900 square meter plot around the area. Dashen has targeted to construct 30+-storey building on the stated area.
In November 2017, Dashen inaugurated its 21-storey building headquarters. The current headquarters is built up on an area of 2,700 square meters, while the total area is 4,200 square meters. The remaining plot in the back will be included under the additional 900 square meters that the city administration transferred for further development, according to the plan of Dashen.
The City Administration and EBA have also agreed with the administration to work with the private banks on its municipality operations.

OUT OF THE FIRE TOO

Only digital COVID-19 certificates will be used

ECX reaps big in the first half fiscal year

US to provide $30.4 million to support democratic elections