The first Ethiopian Nutrition Leader’s Network (ENLN) held its first annual forum on November 24 with the theme “unleashing nutrition leaders’ potential to accelerate multi-stake holders’ nutrition action in Ethiopia.” Ethiopian leaders’ network is working to the development of both individual and organizational leadership capabilities in the broader area of nutrition to support the government and public in reduction of malnutrition.
Israel Hailu, initiator and founder of the Nutrition Network, said “since the network is new we didn’t set specific plans and objectives for the last one year; however we have achieved many things in creating awareness about the network, an increasing number of members, in giving international training for our members.”
Ethiopia nutrition leaders network (ENLN) was launched on February 8, 2019, at the Golden Tulip Hotel in Addis Ababa, with over 60 professionals from various backgrounds Committed to ending child malnutrition by 2030. The nutrition network which is lead through Save the Children’s nutrition program currently reached its members to 150 over the country.
Israel said “the network has participants from different sectors as nutrition is every one’s concern.” Members are obliged to work eight hours per month with the network. The network is working on to be established as a legal organization to stand by itself, preparing specific objectives, plans and legal manuals on nutrition.
Malnutrition is a critical health problem in Ethiopia. Stunting is a largely irreversible result of chronic undernutrition that leads to weaker immune systems and diminished cognitive capacity. Furthermore, one in ten children in Ethiopia is suffering from acute malnutrition, which is a leading cause of death in children under five. The result is hundreds of thousands of children dying and millions who will never reach their full potential from a condition that is preventable. Israel suggested that “the government is having lots of measurements actively to reduce malnutrition and stunting” however she added, “still lots mobilizations are needed to accelerate the movement.” Child stunting rates in Ethiopia have fallen from 58% in 2000 to 37% in 2010.
Ethiopia has signed the global scaling up nutrition movement for a collaborative process to end malnutrition in all its forms and for the development of the national nutrition framework. The country has prepared its first nutrition policy on 2018 to ensure that all Ethiopians secure adequate nutritional status in a sustainable manner, which is an essential requirement for a healthy and productive life. Ethiopia has now approved its Food and Nutrition Policy (FNP) and is moving forward in creating food and nutrition council and a Secretariat, a governing body for all food and nutrition-related issues and the technical arm of the governing body respectively, which requires a huge number of talented nutrition leaders that could be part of these structures and be able to provide nutrition leadership across the country. Hence, this platform, which is hoped to eventually mature into an institution, is further intended to mobilize resources on nutrition leadership in Ethiopia from various disciplines to equip new generations of excellent and visionary nutrition leaders capable of meeting the nutrition leadership demand in the country. 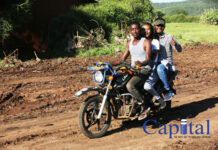