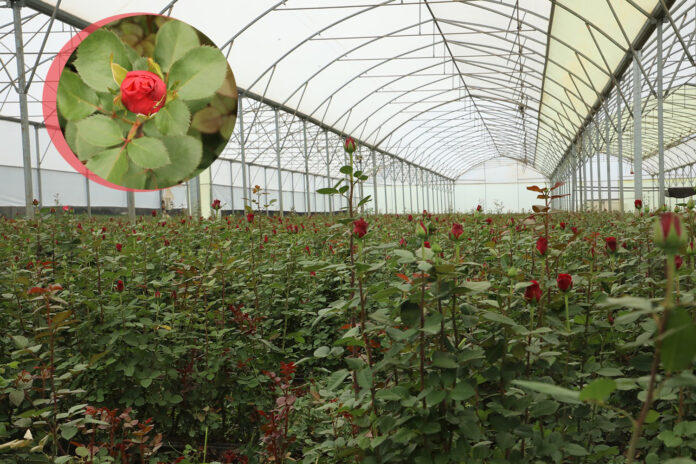 The 1st Ethio-Horticulture International conference that was organized by Ministry of Agriculture (MoA) and Ethiopian Horticulture Producers Exporters Association (EHPEA) and expected to gather several people from abroad and local was canceled a day before the event was supposed to be opened.
The event was scheduled to be held at Ethiopian Skylight Hotel for two days starting from Friday February 28, while the cancelation came on Thursday February 27.
On Tuesday February 5 Aynalem Nigussie, State Minister of MoA, gave a press briefing for media about the event and the expected out come from the international conference.
The event that is organized under public private partnership (PPP) model by MoA and the private sector wing EHPEA, was designed to go through challenges on the sector, evaluate the tax and insurance issues besides presentation of research papers.
At the press conference Aynalem said that at the event high government officials, guests from different countries, producers and exporters, financial institutions, researchers from higher education institutions, and potential investors will attend.
She said that it has also targeted to boost the sector by amplifying its past success in the job creation and economic support. “The country agro ecology will also be promoted on the international conference,” the State Minister said.
She added that challenges and success stories on the sector will be assessed followed by giving a direction by the government to solve problems and boost the sector.
Sector experts claimed that such a decision would give a bad image for the country since several foreign participants were already on their way and others were preparing to come.
Without further explanation MoA posted on its facebook page on Thursday February 27 that the conference is postponed for another time. The post does not give any given time when the conference will be held.
Sources indicated that the reason for canceling the event is that higher officials are in another meeting and that they would not be able to attend the conference.
In the horticulture sector particularly in the flower subsector Ethiopia has become the second biggest exporter in Africa after Kenya.
The sector passed bad period in the past three years in relation with the political instability in the country. But in the current budget year the sector has shown dramatic improvement regarding production and export earnings.
The first six months export report of the budget year indicated that the flower sector has been flourished, while the fruit and vegetable sector performance was high compared with the projection.
In the first half of the budget year the export of flower achieved 183 percent of the target.
in the period the sector was expected to get USD 123 million but the actual performance was USD 225.3 that is also 113 percent compared with the same period of last year.
The other sector that is included in the horticulture investment sector, fruit and vegetable, achieved a 122 percent of the target. The fruit and vegetable sector contributed USD 51 million, while the target was USD 41 million.