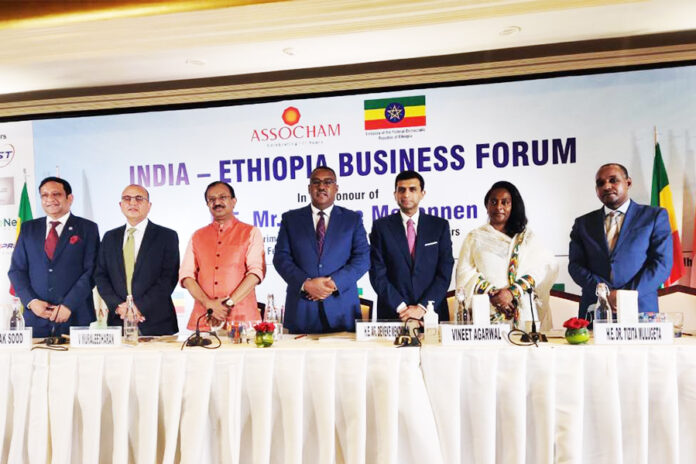 Demeke Mekonnen, Deputy Prime Minister and Minister of Foreign Affairs of the Federal Democratic Republic of Ethiopia, accompanied by a high-level delegation, paid an official visit to India from 17 to 19 February 2021, his first visit to Asia after taking over as Foreign Minister in November 2020.
Dr. S. Jaishankar, External Affairs Minister of India, held wide-ranging discussions with the Deputy Prime Minister on Friday 19 February 2021, during which they exchanged views on bilateral, regional and global issues. The External Affairs Minister also hosted the Deputy Prime Minister at lunch.
Earlier, the two Ministers jointly inaugurated the newly-constructed Chancery building and Embassy residence of the Embassy of Ethiopia in New Delhi on 18th February 2021. Demeke highlighted the importance of the India-Ethiopia relationship. He noted the historical people-to-people, trade, and investment relationship between the two countries that stretches back over many centuries and deeply entrenched with the beginning of formal diplomatic relations in 1948. He commended the high-level relationship that exists between the two countries which is manifested through expanding engagements in investment, trade, capacity building, and education sectors. 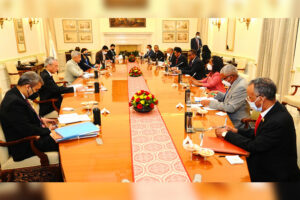 The External Affairs Minister of India addressed the gathering and spoke of the historic ties between India and Ethiopia and the fillip that these had received with the exchange of high-level visits over the last few years; he also touched upon the flourishing bilateral trade and investment ties and the growing people to people contacts.
ASSOCHAM, in association with the Embassy of Ethiopia in New Delhi, organized the India-Ethiopia Business Forum on 17th February, 2021 at which investment opportunities in Ethiopia were highlighted by the Ethiopian side and by Indian investors.
Demeke Mekonnen in his address, informed the gathering that the Government of Ethiopia was working on new measures to improve the business environment in Ethiopia. He noted the vibrant engagements of Indian companies in the economic life of Ethiopia serving as the main sources of FDI of the country and creating huge employment opportunities. Noting the current 1.3 billion US dollars’ worth of the trade volume between the two countries, the Deputy Prime Minister also appreciated the commitment of the 30 Indian companies who opted to invest in Ethiopia despite the global challenge posed by the Covid-19 pandemic. He said Ethiopia was working to be Africa’s beacon of prosperity by charting out a 10-year economic development plan where new frontiers of growth, such as the digital economy as well as science and technology are included, among others. The Minister also touched upon the advantage of doing business in Ethiopia stating its strategic 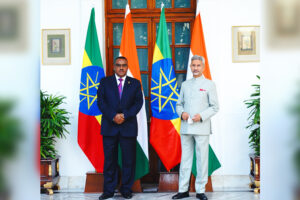 positioning in the continent, abundant and trainable workforce, competitive economic incentives, adequate guarantees for investors, and a policy of zero tolerance for corruption.
Shri V. Muraleedharan, Minister of State for External Affairs, attended the Forum and, in his address, invited the business communities to take advantage of the trade and investment opportunities on offer and expressed his satisfaction at the role played by Indian educators in Ethiopia.
During the visit, the two sides signed an Agreement on Mutual Visa Exemption for holders of Diplomatic Passports and a MoU between the Council of Scientific and Industrial Research – Central Leather Research Institute, India and Wollo University, Ethiopia.

Beyond economics How Development Bank of Ethiopia plays its role in...