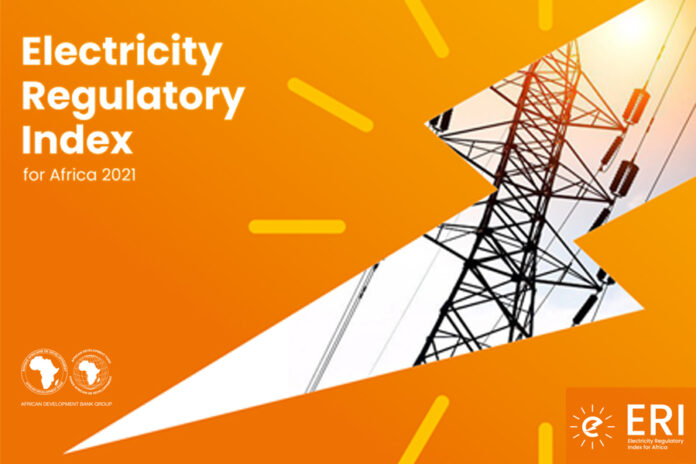 Ethiopia ranks 15th overall in the Electricity Regulatory Index which measures the level of development of African electricity sector regulatory frameworks against international standards and best practices.
The Electricity Regulatory Index (ERI) for Africa is a product of the Power, Energy, Climate Change and Green Growth Complex of the African Development Bank (AfDB). The 2021 Electricity Regulatory Index, an annual report, covered 43 countries, up from 36 in the previous edition, and assessed their impact on the performance of their electricity sectors. The index covered 3 countries in the North Africa region; 14 in West Africa; 6 in Central Africa; 7 in East Africa; and 13 in the Southern Africa region. The report measured the level of development of electricity sector regulatory frameworks in African countries and the capacity of regulatory authorities to effectively carry out their relevant functions and duties.
Uganda is the top performing country in this year’s ERI. Along with Uganda (0.823), Kenya (0.688), Tanzania (0.669) Namibia (0.663), and Egypt (0.609) are the top five performers of the ERI 2021. “These countries have well-developed electricity regulatory frameworks, and their regulators have the capacity and do exercise the necessary regulatory oversight and authority on the regulated entities and on the sector and are, therefore, able to achieve measurable outcomes,” the index report stated.
As the report stated, access to electricity remains low in Africa. About 600 million people live without access to electricity supply. Although more than 75% of countries have mechanisms in place to increase access to electricity, most rural electrification funds are provided by governments and NGOs. This underscores a lack of attraction for local and foreign investors in this segment. The low level of development of mini grids and off-grid services hinders the needed rapid increase in access to electricity.
“Where governments are unable to provide all the funds for rural electrification, the tariffs must make room for the recovery of funds made on rural electrification. This ensures the full recovery of such investment to encourage private sector participation in the sector. The development of mini grids, off-grid and stand-alone systems can accelerate access to electricity in rural areas. Incentives and facilities must be granted to utilities and other promoters,” cited the report.
Among the 2021 key report’s highlights are that regulatory independence is one sub-indicator where African countries have room to improve in and in 93% of sampled countries, governments, and stakeholders exercise influence over regulatory authorities. In terms of regulatory substance, participating countries scored lowest on adequacy of their tariff setting and frameworks, as well as licensing frameworks when compared with best practice. According to the report, the average performance on economic regulation has continued to decline since 2018.
A third of countries surveyed indicated they lack methodologies to determine tariffs; another 40% rely on tariff methodologies that do not include key attributes such as automatic tariff adjustment and tariff indexation mechanisms and schedule for major tariff reviews.
Ranking 15, Ethiopia has recorded a regulatory government index 0.738, Regulatory substance index 0.780, electric regulatory index for government and substance 0.759, regulatory outcome index 0.426, and electric regulatory index 0.569.
The report recommended Medium-Term Interventions (3-5 years) for Ethiopia by prohibition of the regulator CEO from holding other offices in the government and prohibition of the appointment of commissioners who are previously staff of a regulated company. Moreover, it advised for parliament to approve the level of the annual regulatory fees and levies charged by the regulator, and for the average level of salaries of regulator staff to be at least equal to those of utilities.