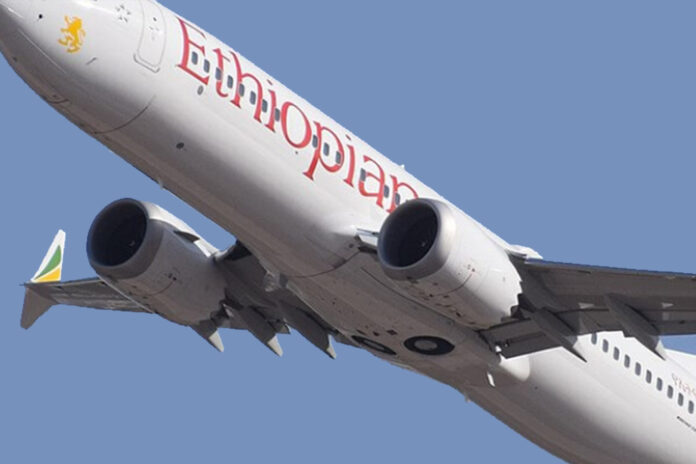 In its second interim report published on March 9, 2020, a year after the disaster, Ethiopian investigators reinstated that it was the faulty MCAS design that caused the crash of flight ET302. They also qualified the training provided by Boeing as “inadequate”.
As it has already been determined in the initial report published in April 2019, a malfunction of the MCAS system was the main reason behind the crash. According to the investigators, that malfunction can be blamed on a faulty design: the reliance on the readings of a single angle of attack probe without redundancy “made it vulnerable to unwanted activation.”
“Shortly after liftoff, the left Angle of Attack sensor recorded value became erroneous,” recounts the report. The incorrect measurement triggered the MCAS system which automatically tried to push down the nose several times. The captain tried to fight back the system, requesting his first officer to help him (“Pull with me”), to no avail.
According to the report, the pilots of flight ET302 followed the procedures recommended by the manufacturer. Thus, the investigators say that their training was at fault. “The difference training from B737NG to B737 MAX provided by the manufacturer was found to be inadequate,” they said. “There was a deviation between the left and right recorded angle of attack /AoA/ values,” says the report.
The USA House Transport Committee report also accuses the Federal Aviation Administration for the approval of the planes and Boeing design failures.
On October 29, 2018, Indonesian carrier Lion Air operating flight 610 from Soekarno–Hatta International Airport in Jakarta to Depati Amir Airport in Pangkal Pinang, crashed into the Java Sea 13 minutes after takeoff, killing all 189 passengers and crew. The conclusion echoes the final report of the Lion Air JT610 crash published on October 24, 2019, in which the Indonesian investigators also recommended for Boeing to review its documentation regarding the MAX.
Less than five months later, on March 10, 2019, in strikingly similar circumstances, Ethiopian Airlines flight 302 another 737 MAX aircraft crashed six minutes after takeoff on a flight from Addis Ababa, to Nairobi, Kenya. The two brand new aircraft, derivative model, to crash within five months of each other and killed 346 peoples.
The Committee’s preliminary findings identify five central themes that affected the design, development, and certification of the 737 MAX and FAA’s oversight of Boeing which are Production Pressures, Faulty Assumptions, Culture of Concealment that Boeing withheld crucial information from the FAA, its customers, and 737 MAX pilots, Conflicted Representation FAA’s current oversight structure with respect to Boeing creates inherent conflicts of interest, Boeing’s Influence Over the FAA’s Oversight
Manuel von Ribbeck of Ribbeck Law Chartered, who represents around 80 families of both crashes and took the case to Chicago court, stated that “he is very pleased with the amount of attention and work the committee has done on behalf of the families and the public in general.”
The report recommended the issues must be addressed by both Boeing and the FAA in order to correct poor certification practices that have emerged, faulty analytical assumptions that have surfaced, notably insufficient transparency by Boeing, and inadequate oversight of Boeing by the FAA.
The final report of the Ethiopian Aircraft Accident Investigation Bureau is reportedly “under progress”.
The FAA grounded the 737 MAX three days after the Ethiopian Airlines crash, following similar actions taken by China, the European Union, and Canada, among others and still grounded.