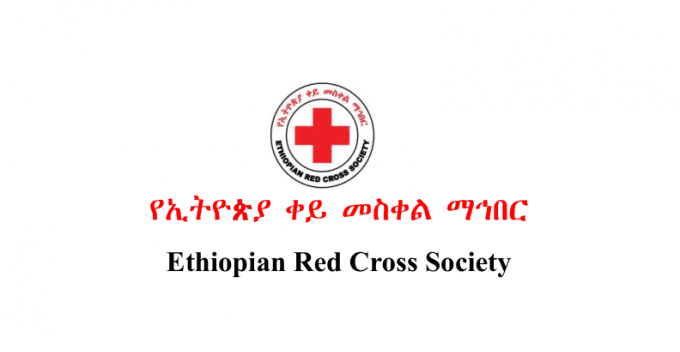 Ethiopian Red Cross Society /ERCS/ announces that it has supported more than 3 million people in need across the country in the year 2021. In addition, ERCS has also signed an agreement with the International Committee of Red Cross /ICRC/ to strength its operation throughout the country.
During the 2021 calendar year, the ERCS together with its partners provided food and nonfood items, cash transfer, COVID-19 prevention ambulance and first aid and emergency shelter worth more than 585 million birr to more than 3.24 million people in need.
As it has been indicated, ERCS has collaborated with its 54 partners. With regards to the emergency food distribution ERCS has distributed for 324,167 beneficiaries found in 7 regions with a cost of 110 million birr with more than 19 partners participating in the support.
On the other end, the emergency Non-food items distribution was worth more than 319 million birr given to 626,321 beneficiaries in 9 regions, with the support of 13 partners.
An emergency cash distribution of 117.8 million birr was disbursed to 22,253 beneficiaries from 6 regions and with the support of 7 partners. Emergency wash and hygiene with the support of 7 partners benefitted 1,695,542 people across 5 regions through disbursement of 18 million birr. For COVID- 19 prevention 3.2 million birr was allocated benefiting 554,450 people.
During the ceremony held at its head quarter on Tuesday January 11, 2022, Ethiopian Red Cross Society and International Committee of Red Cross penned a 180 million birr operation cooperation agreement with the aim to deliver effective humanitarian response for the people affected by the conflict and violence in the country.
The agreement was signed between general secretary of Ethiopian Red Cross Society, Getachew Ta’a and Nicolas Von Arx, head of the ICRC delegation In Ethiopia.
“The agreement shows the long standing partnership of ERCS and ICRC on emergency response, and development of activities in capacity building and rehabilitation works,” stated Getachew, adding, “the agreement will affirm the intervention of Red cross in place where humanitarian need is high.”
Nicolas Von Arx, head of the ICRC delegation In Ethiopia on his part said the ICRC together with ERCS addressed half million people through nonprofit items and cash distribution in 2021.
“Urgent needs include emergency shelter and essential household items, food, cash, health services, psychological support, water, sanitation, and hygiene materials as well as protection services,” Nicholas explained.
The ongoing conflict in Ethiopia has affected the lives and livelihoods of millions of people. The year-long fighting combined with other existing hazards has resulted in a worrying humanitarian situation. The agreement is expected to stay until 2023.