Ethiopia is one of Africa’s strongest improvers in the health and education sectors, according to the Africa Prosperity Report 2019/20 by London-based think-tank, The Legatum Institute. The report, published Monday, listed Ethiopia as one of the fastest growing economies not only in Africa, but in the world.
Sitting at 41st among 54 African countries, Ethiopia has moved up one place over the last decade, according to the prosperity report.
“A nation is prosperous when it has an inclusive society with strong institutions, an open economy, and empowered people who are healthy, educated and safe,” said Dr. Stephen Brien, Director of Policy, Legatum Institute. For societies to flourish and people to prosper we need economic and social wellbeing working together, he explained.
The Legatum Institute is a London-based think-tank with a global vision “to see people lifted out of poverty”. It was founded in 2007 by the Legatum Foundation. The Africa Prosperity Report is based on the Legatum Institute Prosperity Index and measures the prosperity of countries by applying a combination of material wealth and life satisfaction factors.
Prosperity is determined based on an analysis of each country’s performance in 12 categories, known as ‘pillars’ – safety and security, personal freedom, governance, social capital, investment environment, enterprise conditions, market access and infrastructure, economic quality, living conditions, health, education and natural environment.
The biggest challenge for Ethiopia is seen in the personal freedom pillar, where the country received a low score of 48. Analysts determine personal freedom based on “country-wide progress towards basic legal rights, individual liberties and social tolerance.”
Ethiopia’s success story is found in its education sector (29). According to the report, Ethiopia has witnessed a significant improvement in the sector. This comes as a result of efforts made to improve rural access to education for children at the earliest stage through to the latest stages of the educational system. Secondary enrolment in Addis Ababa is almost at 100%, the report stated. 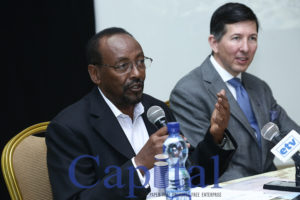 The health pillar is another comforting prospect for Ethiopia. The report described Ethiopia as a country that has taken measures to ensure that care is provided across the population. The country’s flagship health extension programme was listed as an example of these measures. The programme, which launched in 2003, paid and trained female community health workers to meet the needs of those in their local areas.
Improving health and education are indicators of better governance and stronger institutions, the report stated.
“After a long and successful transition from civil war, the next phase of Ethiopia’s development will benefit from an inclusive and accountable style of leadership and an opening of the economy,” commented Dr. Stephen Brien, Director of Policy, Legatum Institute.
The report divides the continent into six regions; North Africa, West Africa, Central Africa, East Africa, South Africa and the Horn. Ethiopia is found in the Horn.
The highest performing country in the Horn is Djibouti (19) taking the lead by a large margin. At the tail end is South Sudan with a score of 54, South Sudan is also the overall lowest ranked country in the Africa Prosperity Index. The report ranked the six countries in the region: Djibouti (19), Ethiopia (41), Sudan (47), Eritrea (49), Somalia (50) and South Sudan (54).
The prosperity report highlighted the region’s strengths and weaknesses, the primary concerns of the latter are related to safety and security in the region, with the Horn ranking fifth among the six regions for that pillar. However the recent close of the Ethiopia-Eritrea conflict has paved the way to more stabilized security in the region.
Ethiopia is at the forefront of the region’s economic growth; however the country’s geographical position as a landlocked nation continues to disadvantage its trade potential, the majority of which is facilitated through Djibouti. A lack of international investment and foreign exchange shortages also continue to act as restrictions for Ethiopia and neighboring country Sudan.
Much like in Ethiopia, the break in the clouds for the region is seen in the Horn’s education and health pillars; the region ranks third in Africa for secondary education. In a dramatic turn of events, completion rates have increased from 22% to 70%; this is in large part due to the education reforms in Ethiopia.
The 166 page report found that prosperity in Africa is currently at its peak, 43 African nations have increased in their overall prosperity with the most prosperous country in the continent being Mauritius. Each region in the continent has seen improvements; the region that has witnessed the most improvement is East Africa, according to the report.
The International Monetary Fund (IMF), World Health Organization (WHO) and United Nations High Commissioner for Refugees (UNCHR) were among the 80 data sources Legatum consulted when putting together this report. Over 100 experts and academics with knowledge on each pillars of prosperity were also consulted.