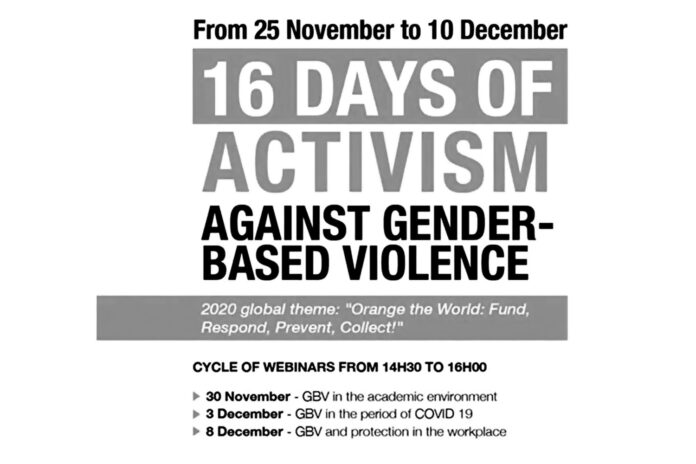 A panel discussion jointly organized with the Norwegian Church Aid and UNFPA on December 8 deliberated on the unique role of faith-based organizations (FBOs) in the fight against gender-based violence and harmful practices. The panel discussion which engaged FBOs from different religious denominations was organized in connection with the 16 Days of Activism against Gender-Based Violence.
Speaking on the event, Sarah Masale, Deputy Representative of UNFPA, said through a programme it is supporting on preventing and responding to sexual and gender-based violence, UNFPA has been engaged in a successful effort to increase the understanding of religious leaders on gender-based violence, its causes and consequences. She noted that this has been demonstrated through the commitment and engagement of FBOs in integrating GBV issues in their work and institutionalizing the response in their various community interventions.
UNFPA through a partnership with the Norwegian Church Aids that spanned 10 years has also been building the capacity of FBOs at national and regional levels to increase awareness on GBV and harmful practice and the consequences for women, girls and families using their structures to facilitate dialogue at various levels. Through joint statements that have been issued by religious leaders at national and regional levels, religious leaders from different denominations have condemned GBV and harmful practices. They have committed to teach moral values to prevent GBV in their religious teachings and exert efforts to bring about change, agreeing to support and rehabilitate survivors of GBV and work closely with law enforcement bodies to bring about justice.
The panelists reiterated their commitment and determination to continue working in their respective denominations to contribute in the fight against gender-based violence and harmful practices.
Meanwhile a short video depicting the engagement of faith-based organizations in the prevention and management of gender-based violence produced jointly by UNFPA and the Norwegian Church Aid was screened during the event.

Trending in court Tesfaye Urge’s other claim, attempt to assassinate a...

Lack of perceived benefits cause many teachers to skip certification exam...