To improve the involvement of the private sector, the Swiss based foundation , Global Alliance for Improved Nutrition (GAIN) has launched its global program in Ethiopia called the Scaling up Nutrition Business Network /SBN/.
SBN’s drive in Ethiopia is to increase the engagement of the private sector more so to those involved in the food sector to increase the availability and affordability of safe, nutritious foods in Ethiopia by Working with both governments and businesses. The program aims to transform the food system so that more nutritious food to all people is delivered.
The SBN is one of the four global networks with in the scaling up nutrition (SUN) movement which supports 61 countries, including Ethiopia to develop multi-stakeholder approach to nutrition.
SBN is expected to: Convene and organize business around nutrition priorities, Assess the challenges and opportunities facing business in scaling up their actions and investments in nutrition and facilitating partnerships at national and global level to support national businesses and also Improving the enabling environment to incentivize business to act on nutrition, fostering strong links and partnerships for the SBN Ethiopia with the SUNs civil society, Donor and UN networks, along with the government of Ethiopia. 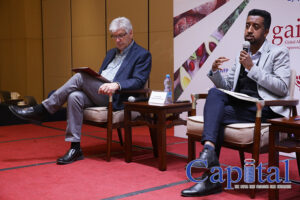 The Global Alliance for Improved Nutrition (GAIN), the UN world food program (WFP) co-convene the SBN to the global level. GAIN Ethiopia hosts the secretariat of the SBN Ethiopia and has created the SBN Ethiopia executive committee and works closely with the SUN focal point in Ethiopia. Currently there are about 25 members under the network working on the food sector.
GAIN is a Swiss based foundation lunched at the UN in 2002 to tackle the human suffering caused by suffering malnutrition.
GAIN is part of a global network of partners working together to create sustainable solution to malnutrition. GIAN also provides technical, financial and policy support to key participants in the food system.
From a statistical stand view, Ethiopia in recent years has registered significant strides in addressing malnutrition in the last decade. Stunting declined from 58.0% to 38.4%, underweight from 41% to 23.6%, wasting from 12.0% to 9.9% from 2002 to 2016, while micronutrient deficiencies such as iron deficiency anemia, vitamin A and D, iodine and calcium are still at bay posing significant threat to the economy and losses of lives. Despite such progresses, Ethiopia is still one of the highest contributors to the global burden of malnutrition after India, Bangladesh, Pakistan, and Nigeria.
According to GAIN in 2015, the African Union published a cost of Hunger report which estimated the annual cost of under nutrition to the country at ETB 55.5B (USD 4.7B) which is equivalent to 16.5% of GDP. More concerted effort and unbent resolve need to continue to reduce high levels of malnutrition in the country.
The private sector of course is one of the key players in the food sector that has an important role to play in such an effort. To date, such sectors which process, store, pack, label and distribute food are missing from the public discourse to address malnutrition. There are no effective platforms to date, that engage the private sector to address the high levels of malnutrition in the country.
SBN Ethiopia has thus been crafted and priority intervention areas and plans for the next three years (2021-2023) have been strategically placed to increase its membership attracting more business to scale up and invest in nutrition.