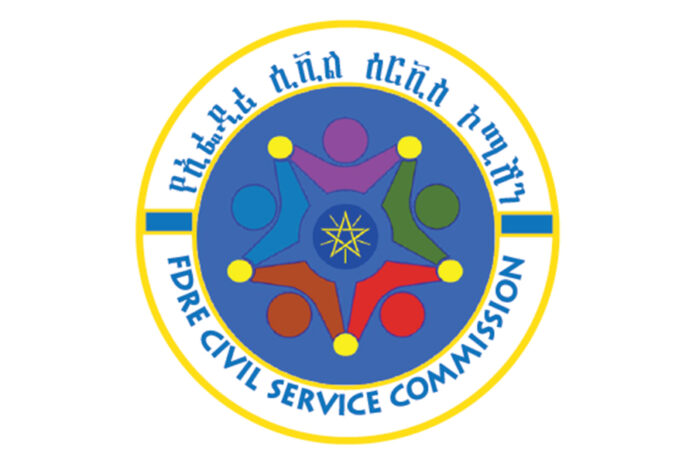 On the aim to improve the public service the government has developed a service providing policy that would be endorsed and made applicable in the near future. The government has projected to engage on job centric growth unlike the experience in the past development direction.
On the latest Addis Wog, a dialogue platform organized by the Office of the Prime Minister of Ethiopia, Bezabih Gebreyes, Commissioner of Civil Service Commission, said that the public service has got prudent attention since it is crucial for holistic improvement that the country demands to attain in the coming years.
“Due to that preparation was taken to come up with significant change on the civil service that will be lead on policy direction, which is developed for approval,” he said.
“The state building is mainly backed by free, independent and capable and professional institutions in all aspects including the security and civil service,” Fisseha Yitagesu, State Minister at the PMO, said at the dialogue platform.
Fisseha applauded that in the past three years of the reform period, massive changes have been attained in different aspects like the social and economic sectors, “but we were not successful on the civil service and bureaucracy sector that should be a priority for the coming new government.”
He said that the coming government has to give prudent and crucial attention to change it.
“Different reforms and different initiatives have been taking place but institutional building is a serious problem in the country that is supposed to be changed from the inception,” he added.
Bezabih said civil service has got prior attention, while party and political roles shall be separated, “new institutional structures will be introduced for that new rules and regulations are developing.”
“Illegal activity in the bureaucracy will be also the major attention for the government to correct it and accelerate the expected changes in the coming years,” Fisseha said.
According to Bezabih, the bureaucracy would transform to innovative approaches and shall also be supported by web base services.
“Under the new plan employees’ merit will be measured on a given standard for any positions,” he added.
In the economic spectrum Fitsum Assefa, Commissioner of Planning and Development Commission, said that the development path in the coming years would be job centric.
She said that foreign experts called Ethiopia’s past economic growth as ‘job less growth’, “that will be corrected now and should focus for decent job, and quality growth.”
She said that agriculture, manufacturing and mining sectors will get precedence regarding to access to finance rather than the experience in the past. Similarly she said that local investment shall be crucial for the economic growth in the country in the coming years.