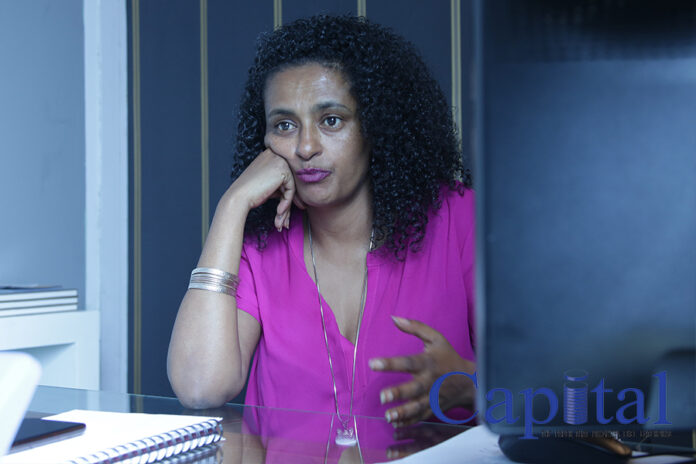 The annual Great Ethiopian Run (GER) International 10km race which was scheduled for Sunday, November 14 has been postponed indefinitely after the government declared a nationwide State of Emergency.
Dagmawit Amare, Managing Director of GER told Capital that the fate of the race will be known in the next few days, “we will know the postponed date of the race in the next few days.”
The race organizers on Thursday afternoon announced that they had reached a decision to postpone the race after the government declared a six-month state of emergency on Tuesday as the security situation in the northern region of the country deteriorated significantly.
“We are monitoring the situation closely and we will be back in touch in the coming days with more news about a new date for the race,” said Dagmawit, adding that there is no chance to cancel the race. Regarding the preparation as she said unless the race is canceled there will be no loss incurred for the organizers of the race.
The race was supposed to take place in Addis Ababa as a normal race, employing start waves following the success of wave starts in the race’s last edition in January 2021. This year about 100 people were expected to come to Ethiopia for the race, and an additional 150 participants to take part virtually.
The competition was first envisioned by Ethiopian great runner Haile Gebrselassie, Peter Middlebrook and Abi Masefield in late October 2000, following Haile’s return from the 2000 Summer Olympics. The 10,000 entries for the first edition quickly sold out and over the two decades the event attracted hundreds of thousands of participants. The race is for runners of all levels. At the front end, it attracts an impressive field of elite runners, but its main purpose has always been to encourage mass participation running, and judging by the ever-increasing demand for race places it has succeeded.
For the race’s 20th edition on 10th January 2021, a number of precautionary measures were put in place to guard against the spread of the corona virus. In this year’s race 25,000 participants were expected to take part in the race.
Considering the pandemic, all participants received, together with their race t-shirt, a WHO-approved 3-layer cotton mask for this year’ race.
Great Ethiopian Run, as part of its Corporate Social Responsibility (CSR) has been using its flagship event, the Great Ethiopian Run 10km International, to support people in need in the community. This year the fundraising target is 650,000 birr to support for the needy.
Faith Kipyegon, Kenya’s double Olympic 1500m champion and one of the ten 2021 World Athletics Female Athlete of the Year nominees will appear alongside Haile Gebrselassie who will be the VIP guest at the 2021 TotalEnergies Great Ethiopian Run.