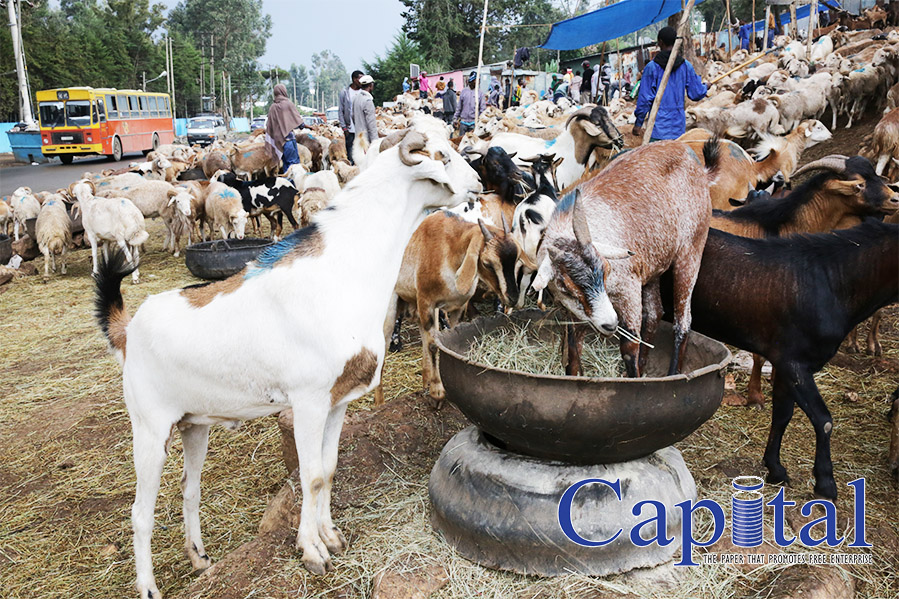 By our staff reporter
There is no greater feeling than the ‘come together feeling’ of the holiday season. The Ethiopian Christmas itself presents this great and joyous warm feeling and is popularly referred to as Genna in Amharic. As the festivities dawns on all of us, it is clear that the war and instability in different parts of the country especially in the 14 months of war between the government and the terrorist group TPLF has stressed out Ethiopians as the pressure and misunderstanding of the international community on Ethiopia and the government was seen to increase in the aftermath of these events.
Last year’s Genna was not celebrated in its usual pomp owing to the pandemic situation. This year however, despite the instability from the northern part of the country, the government has called on the Diaspora community to come back to their motherland in order to make this Genna even more special, one that is full of solidarity and patriotism.
The call from the government to Diasporas to come to their home to celebrate Ethiopian Christmas and epiphany in their home country with their families and loved ones has been signaled by the great Ethiopia homecoming challenge which is a challenge that aims to draw one million people home a head of the upcoming Christmas holiday. This kind of mass influx is a second of its kind, second to the one conducted during the Ethiopian millennium.
The Ethiopian Christmas is often quite unique from the rest of the world as it is always welcomed by a 43 day fasting prior. Although the fast has been smooth thus far, the holiday market seems to have become a bit slower and much quieter; a shadow of what it once was a couple of years back.
Usually during Christmas celebration stores, homes and streets alike are filed with decorations and similarly, during Genna boutiques are often spotted displaying red cloths, with lit Christmas lights as well as huge Christmas trees decorated in the 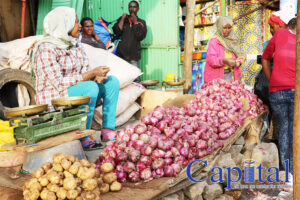 corners or entrances of malls. This year, additional to the Christmas decor in order to welcome the diaspora community and to express a huge sense of patriotism, starting from the airport to the city roads the national flag can be spotted from end to end.
Furthermore, a committee has been established which shall lead in the coordination of the Diaspora who will also play an integral part in the reconstruction process and peaceful protest against external pressure that the country has faced. The influx of hundreds of thousands of Diaspora if not the targeted million has seen Ethiopian airlines, Ethio telecom, private and government hotels and other services providers headlining discounted rates to attract the diaspora. Moreover, banks such as Abay are using the opportunity to use the forex exchange brought by the diaspora to have a donation to the casualties of the war through their ‘one dollar one birr’ campaign.
Genna is often embraced with joy and celebrated in groups of friends and family by eating an array of scrumptious Ethiopian delicacies such as ‘Doro Wot’ (Ethiopian National Chicken dish), lamb stew and mouthwatering beef stews accompanied with Injera and traditional drinks.
However, a myriad of challenges stemming from the pandemic effect/ burden, current situation of the country, and slow economy have become a negative contributor for the slow season as ‘business becomes very slow.’ The phrase ‘slow season’ has now become a common complaint shared by both parties’ between the consumers and the buyers.
Few days before the holiday, the market is showing movement though items are not as cheap as they were before. Nonetheless price of household necessity is increasing from time to time but in the holiday season it gets more expensive, that is, from groceries to live chicken, eggs, sheep and butter.
Household items such as a kilo of butter range from 450-600 birr based on the area while last year the price was between 320 birr to 350 birr. A kilo of onions is priced at 25-35 birr which was 13 birr to 16 birr last year. In most markets across Addis Ababa, the price tag for eggs currently ranges from birr 7.00 to 8.50 birr while the staple ingredient in the form of Garlic is sold for 140-150 birr per kilo.
Furthermore, according to the Central Statistical Agency December showed a slight decline in grain prices. The November general year on year inflation rate hit 33 percent as the month-on-month food inflation rate for the same month decreased by 1.8 percentage point compared to the preceding month of October 2021.
During the similar period, the non-food inflation rate increased by 1.0 percent. Historical long-term seasonal inflation trend showed that food prices during the next 3-months of harvest period are expected to decline.
The country level of overall inflation rate rose by 25.5 percent in November 2021 as compared to a similar period a year ago. Food inflation increased by 30.1 percent as compared last year same period, whilst Non-food inflation rate increased by 19.4 percent in November 2021 as compared to the one observed in November 2020.
In comparison to last month’s country level general inflation, November 2021 has showed a decline of 0.6 percentage points while the food inflation declined by 1.7 percent as compared to the preceding month of October 2021.
Last month, the general inflation rate recorded was 34.2 percent while the food inflation was 40.7 percent with non-food inflation being 25.3 percent in October 2021.
As the report said, the November 2021 General year-on-year inflation has increased by 33.0 percent as compared to the one observed in November 2020. The year-on-year food inflation has increased by 38.9 percent in November 2021 as compared to the one observed in November 2020.
In the current month as the report shows; cereals, vegetables and pulses showed a decline in most case, rice, teff, wheat, barely, maize and sorghum showed a decline in their prices as well. Meat, milk, cheese and eggs, and spices (mainly salt and pepper), cooking oil and butter prices likewise slightly declined in the current month.
During the holidays, it is always fun to visit holiday expos at the Addis Ababa Exhibition Center, which is buzzing with exciting crowd, music and food. The prices are expected to be comparatively lower to the normal market and as a result people flock in numbers to save their coin whilst having a great experience. Unlike the previous experience, the exhibition center and market development enterprise is to be the host for this year’s exhibition at the center for the first time. Well this is good news as the exhibition is said to have a 20 percent discount for exhibitors.
During holidays it is a common scene to see herds of cattle, flocks sheep and goats that are to be consumed for the holiday along with men carrying live chicken in neighborhoods. Beside the boutique business, the cattle market in the capital has become low unlike recent seasons where cattle would have been sold out within the first two weeks before the holiday.
The capital in previous years was graced by the presence of cattle, chicken and eggs amongst a flurry of activities in different streets but that seems to have fizzled.
The capital’s biggest cattle markets, Kera which is one of the largest cattle market is waiting for the last days in expectance for the market to rocket in sales. The supply of cattle comes from far and wide from the likes of Harer, Wellega, Bahirdar, Jimma, Gonder and Wolayita mostly used for the celebration. Though the country has been battling the pandemic and the recent conflict the price has stagnated.
For cattle acquired from Harer is said to cost 20,000 birr and that of Wellega ranges between 20,000 birr to 50,000 birr whilst Bahirdar 25,000-60,000 and cattle from Wolayta costs the least price ranging between 15,000-65,000 birr.
During the days leading up to Genna, a small sized sheep will easily sell for 6,000 birr with a midsized sheep costing 8,000 and above. The delight of having a sheep continues to be out of reach for many during the holiday and those who cannot afford to spend 3,000 birr will simply buy beef from the butchery to make a special meal.

Chicken, is another holiday favorite and is what many resort to, and for this holiday live birds were selling between 250 and 600 birr. As most people prefer to buy live chickens for religious and freshness reasons, processed frozen supermarket chickens still remain cheaper.
Although it is said the day before a holiday is the best time to buy sheep and chicken, vendors usually get anxious to get rid of their stock and go home, there have been times that this has not been the case. Optimistically, the slowing of everything will soon change and with a new kind of spirit in the air that seems to be felt, many are hopeful that things will pick up again.
Beside exhibitions the city administration is also using certain market stabilization schemes to the public including the Sunday market where the consumers find house holding items with low price than the normal market.