Holiday market slow due to COVID

After a hard and challenging 12 months and additional 5 days of the thirteenth month Ethiopians have started the New Year with hope and optimism.
Since the Ethiopian calendar is based on the Julian calendar Ethiopian year consist of 12 months each 30 days and an additional thirteenth month of 5 or 6 days of timekeeping marks the New Year approximately after the end of the rainy season, the beginning of the New Year celebration of springtime and renewed life.
Ever since the holidays came Ethiopians have their own tradition to celebrate the festive. Usually, Preparation for the festive begins before one or two weeks, as shoppers begin their spree.
Most of the time holiday market marks a rise in price and demand although a shortage in supply commodities. Demand and supply are heavily influenced by consumer habits connected to religious practices and festivities. The New Year market is also showing a slight increase in price. However, as most of the people suggests the price hick was starting from four and five months back. 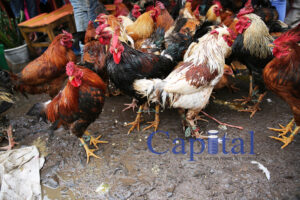 The price of household commodities usually rises during the rainy season but the current price is unpredictable with many rushing to get their last-minute shopping done, some were feeling the burden of seasonal expenses, others exhausted.
Food items price spike continues to be a headache to the majority of the population who were suffering from the income decline ever since the COVID 19 pandemic.
Ethiopian economy drop from the time when the first victim of corona virus was announced. According to the latest report from the Central Statistics Agency inflation in the month of August has recorded a 20 percent rate by showing a 2.3 percent drop from the prior month which has been increasing for the last four months.
Real GDP growth slowed to an estimated 7.4% in 2019 from 7.7% in 2018, caused by social unrest and fiscal consolidation to stabilize public debt.
In light of this, the COVID-19 pandemic will have multiple channels through which it will impose a burden on the economy. The inflation mainly hurts low-income people living in urban areas subsequently in fear of the transmission of the virus most of business in the country has stayed closed which mainly millions of the urban population relay on.
Even if inflation has risen with regards to both food and non-food items, however high shake over the price of vegetables, grains including Teff and other necessities over the last few months have crashed the population. Especially onions, garlic, tomatoes, red-pepper has s 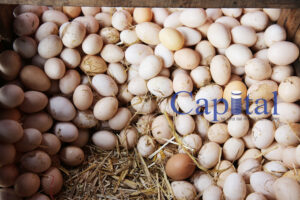 hown a rapid increase in their price.
The cost of red onions increased from an average of 13 to 35 birr per kilogram depending on the place and the type. According to the holiday market in most places of the city, a kilogram of onion is being sold for 22 up to 35 birr. Teff is sold within the range of 4,000 birr per quintal and red pepper is pricing 180-190 birr increasing from 75 birr per kilogram.
Traders were selling an egg for 5.50 to 6.50 birr, whereas a chicken would set consumers back between 400 birr to 550 birr. Most are also selling a kilo of butter from 250 birr to 320 birr and the market has shown a decrease in price than it was on eastern.
Mostly butter, eggs, and chicken come to the city from various parts of the country.
Kera, Akaki, Shegole, Bercheko are the largest cattle markets receiving cattle from different parts of the country, mainly from Harer, Wellega, Bahirdar, Jimma, Gonder and Wolayita among others. Usually, the sale of livestock inside the center reflects significant seasonal variations on demand and supply. 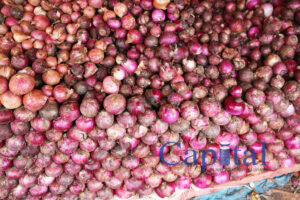 As most of the traders in Kera cattle market traders agree the supply has shown a slight increase than it was before the price and the demand is declining.
Although the Ministry of Trade and Industry has been taking different measures still the price is spiking from day to day.
The ministry argues that even if there is a shortage of consumer goods due to the outbreak of the pandemic and the instability in some parts of the country, also traders are increasing price to benefit from the situation by pretending as there is a shortage of production. Economic fall down has been caused by economic sabotage via traders.
The Ministry also plan to alleviate the problem by controlling illicit trade, engaging more in import substitution and adequately supplying locally produced consumer products.
To control the price hike on food commodities the ministry is distributing the commodities through unions, including sugar, wheat, maize, rice, oil, and teff.
Currently, unions are distributing 1.5 million quintals of teff to the market.
Usually at a time of such kinds of big holidays it was familiar to see bazaars and exhibitions in most parts of the city however this year due to the pandemic and to avoid public gatherings such events where canceled  . 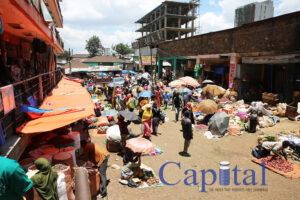 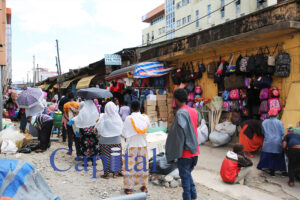 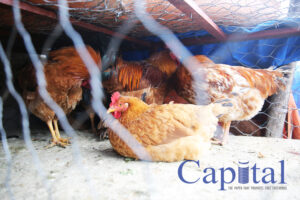 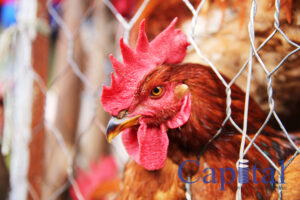