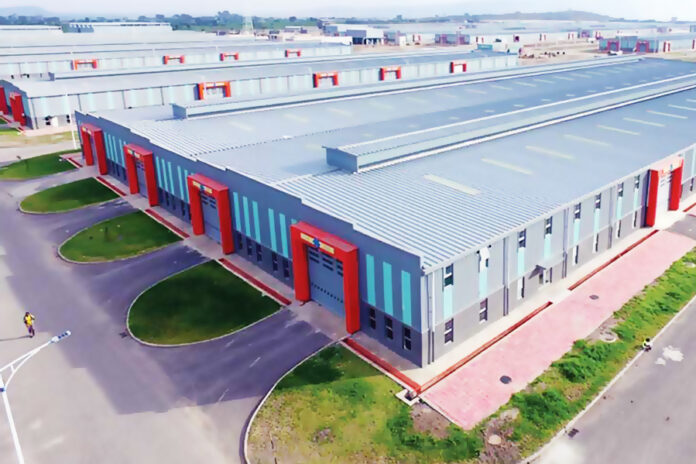 Hawassa Industrial Park looks to transfer sheds of the global fashion giant, US-based, PVH Corp following the firm’s decision to close its manufacturing facility in Ethiopia as of November 25, 2021.
As Temesgen Tilahun, Deputy Commissioner of Ethiopian Investment Commissioner expressed, some of the western investors are acting like as if there is an imminent threat to the capital despite claims from rebel forces which shows the direct effect of the western countries in Ethiopian politics.
PVH is one of the world’s largest and most admired fashion global iconic brands that include Calvin Klein and Tommy Hilfiger, connecting with consumers in over 40 countries also has been a marquee occupant of Ethiopia’s model industrial park in the city of Hawassa. The firm built its factory in Ethiopia’s Hawassa Industrial Park in 2016.
As sources from the Industrial Park Development Corporation inform Capital, the company has set COVID-19 and the international market as its main reason for its closure.
As sources explain, the company has informed the Commission about its closure and the administration of the park is working to transfer the sheds and all of its workers to other companies. The firm is said to be in talks with another company for the transition of the facility however the name of the company taking over the space has not been disclosed.
“PVH arrived in Ethiopia in 2016. Like most of its peers, it called Hawassa Industrial Park which is located south of Addis Ababa, home. The hub which was designed by the government to attract garment and textile manufacturers has defined Ethiopia as a textile and garment manufacturing hub,” said the company in its statement, adding that PVH has worked for over five years with government, civil society and business partners in Ethiopia to make the Hawassa Industrial Park a leader in inclusive development.
“We are proud of the work we have done there. We continue to work with our local and international partners to develop a sustainable and scalable business that benefits the workers and the surrounding communities, economies and environment. PVH remains committed to its third-party manufacturing partners in Hawassa Industrial Park,” the corporation stated.
Hawassa Industrial Park is one of the national flagship project and the biggest industrial park in the country having 52 factory sheds of 21 international companies which create job opportunities for more than 80,000 workers of which more than 80 percent are women.
The deputy commissioner expressed that besides PVH; so far no company has informed the commission about closure.
PVH Corp., formerly known as the Phillips-Van Heusen Corporation, is an American clothing company which owns brands such as Tommy Hilfiger, Calvin Klein, Warner’s, Olga and True & Co.. The company also licenses brands such as Kenneth Cole New York and Michael Kors.