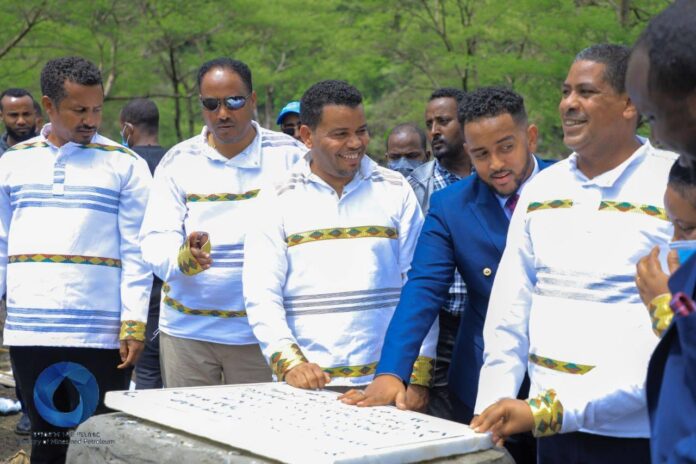 A foundation stone for the establishment of the Sun Mining Coal factory the first coal factory in Ethiopia has been laid out at Gibe Ibare Kebele in Abeshge Woreda of Gurage Zone, Southern Nations, Nationalities and People’s Region on June 14, 2021 by Takele Uma, Minister of Mines and Petroleum and the Head of Southern Region, Ristu Yirdaw amongst other government officials.
Sun Mining trading is a sister company of Sunshine Investment Group. The proposed coal production plant will have an annual production capacity of 800,000 tons of washed coal.
Sun Mining had officially received the 23.3 hectare land permit from the Gurage zone for factory construction.
“Although our country is rich in minerals and natural resources, it has not been able to make the most of this potential. Coal is one of these potential natural resources,” stated Takele.
On the contrary, the country spends up to 200 million dollars annually importing coal for use in cement production and energy generation.
Recognizing this, at the invitation of the Minister of Mines and Petroleum, Sun Mining conducted a full feasibility study including washability study sending samples to South Africa for improved quality of the coal and installation of the coal washing plant in the Gurage zone. As a result, Sun Mining is currently working on factory design.
According to the company, the total investment cost of the project is over 600 million birr, of which up to 190 million birr will be spent on the purchase of machinery for the factory.
The factory is said to be made in line with the latest technology so that the environment is not polluted.
According to the project study, the construction of the factory will take a total of 11 months and will be completed on time. Following the completion, when the factory is operational, it will supply the products to the cement factories, which is expected to save up to 67.5 million dollar and will create jobs for a total of 500 local residents and more than 1,500 organized associations.