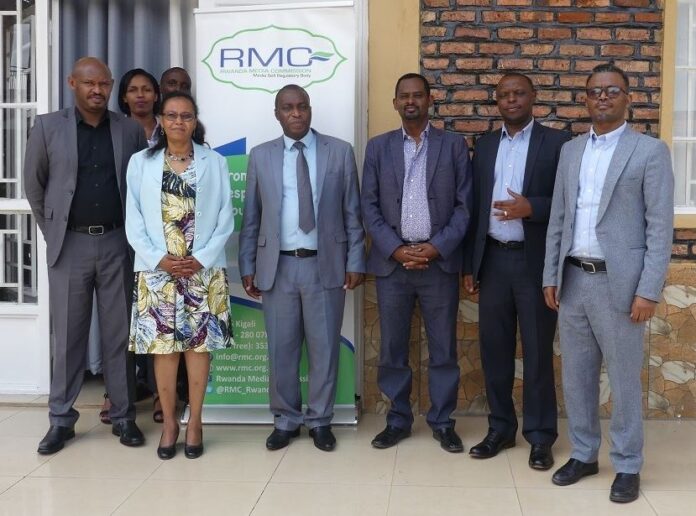 Leaders of the three-member of Ethiopian Media Council met in Kigali, Rwanda from  April 25-29, 2022 at the invitation of the Rwanda Media Commission.

The Rwandan Media Commission was established in 2013 and has gained legal status through its core functions, regulating media content, accreditation of media professionals and institutions, consulting, awareness services, organizing discussions, workshops, the media and society. Introduce or create awareness of rules and regulations regarding relationships.

Since its inception, the Rwanda Media Commission has received 466 complaints from the public and institutions. The main sources of grievances are self-reported, unsolicited reporting and defamation reports on social media.

The delegation also visited the Royal FM 94.3 Radio Station under the University, which is operated by the University of Mount Kenya; The station covers 40% of the service in English and 60% coverage in Ikinyarwanda, a Rwandan language. There is a 14-hour broadcast daily.

The group also visited the Kigali Today multimedia institution founded by young investors. Kigali Today was founded in 2011. Kigali Today is the largest private station in the country. The station is co-owned by five Frequent FM radio stations, YouTube, and online media, including a newspaper that was out of print due to Covid.