The Ethiopian government applied a policy to expand the textile and garment sector about a decade ago, but due to lack of the expected success, about two years ago it focused on the development of industry zones to attract global companies to engage in the development of the sector and expand the hard currency earnings from the manufacturing industry.
However it begun such development recently that has been applied in other countries including Asian countries for the last many years.
The experience of Bangladesh is one of the best benchmark for the implementation of processing zones in Ethiopia. The south Asian country registered marvelous achievements in terms of moving forward the economic transformation, massive job creation and alleviating the challenge of hard currency earning and even introducing the country for every part of households in the world by products tagged ‘Made in Bangladesh’.
Data indicated that the country earned almost nil when it started the processing zone in 1983/84 but it has now earned close to USD 63 billion from export. About a decade ago the figure stood at USD 14 billion; it indicated that how the sector registers significant development in the past ten years.
The major move the government of Bangladesh did was the formation of export processing zones in different part of the country. According to officials of the Bangladesh Export Processing Zones Authority (BEPZA) there are currently eight export processing zones in different corners of Bangladesh.
The sector played crucial role to expand the export diversification operation of the country since the target of most of the manufacturers is the export market mainly multinational companies.
According to the information Capital obtained from the authority, the history of the formation of zones started in 1980, a year when parliament of Bangladesh ratified a law for the formation of BEPZA.
As of the formation, BEPZA is engaged in attracting and facilitating foreign and local investments in the export processing zones in the country, and expanding the room for investors to invest easily.

The first processing zone was established at the logistics and main port hub of Bangladesh, Chittagong city in 1983. Information indicates that currently about 200 companies/factories invested at Chittagong, which is located at Bay of Bengal.
The export processing zone established at Dhaka, the capital of Bangladesh, followed the sea side zone since it becomes operation in 1993. Officials at the zone said that investors from 38 countries invested in the processing zone located at the capital. Currently, 264 foreign companies, 72 joint venture companies and 135 local companies are operational at the processing zone.
Reporters from Capital have got a chance to look the facility that includes several international companies including well known garment brand producers. The total investment there is over USD 4.5 billion and the export has reached USD 24 billion, according to the information from the official site of BEPZA. At the facility a total of 87,000 people are engaged on duty, while the share of female employees is 64 percent just similar with other zones in the country.
The garment industry in the country is very huge that has also expanded not only by the government but the private sectors also. The information that Capital obtained from officials at Ministry of Foreign Affairs of Bangladesh reads that currently about 6,000 garment industries are operating in the country and the number of employment created by the sector is 6 million with female employees taking the majority.
However its garment industry uses imported fabrics from different sources mainly from China. “We have textile industries in the country, but the high demand on the garment sector forced us to import the fabric, which consumed some of the export earnings” an official at the Ministry of Foreign Affairs of Bangladesh said.
The GDP and export growth of the country has registered significant growth in the past two decades, according to international organizations like the World Bank report. The export processing zones has played crucial role to gain these achievements.
It is also clearly observed that representatives’ of the authority are still eager to expand the contribution of investments more. The country has also targeted to expand the private and state owned zones to expand the generation and production of the industry sector by diversifying to other sectors besides the textile and garment industry. Abul Hassan Mahmood, Minister of Foreign Affairs of Bangladesh, told journalists that come from different countries, that the pharmaceutical sector is also the other upcoming industry in the country.
He said that the sector has registered significant growth in the past few years and even enable to entertain huge markets like the US. The sector actors said that the country has almost covered its demand from local sources except very little type of items. The pharmaceutical sector of the country can grow at 15 percent for the next five years riding on the expanded domestic market as well as new export frontiers, according research.
The pharma industry of Bangladesh meets 98 percent of the local demand and exports to more than 151 countries. The sector is also dominated by local investors, who cover 90 percent of the production in the country. In 1981, 75 percent of the medicine was imported by multinational companies.
According to officials of Square Pharmaceutical Limited, which is the biggest pharmaceutical company in Bangladesh, there are 267 companies in the country that are engaged on the production of the pharmaceutical sector. Out of the stated number 50 of them dominates 99 percent of the production.
Jute and jute goods are also the new promising industry for an export that generates close to USD one billion last year. Jute is a long, soft, shiny vegetable fiber that can be spun into coarse, strong threads. It is produced primarily from plants in the genus Corchorus.
Since the country grow 6 to 7 percent in the past two decades the economy registered significant changes that allowed joining the lower ladder middle income country lists with such huge population of 160 million.

The balance of global economic power

Niger Seed, the 10th commodity in the ECX platform 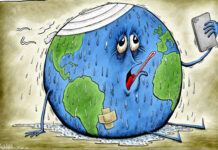