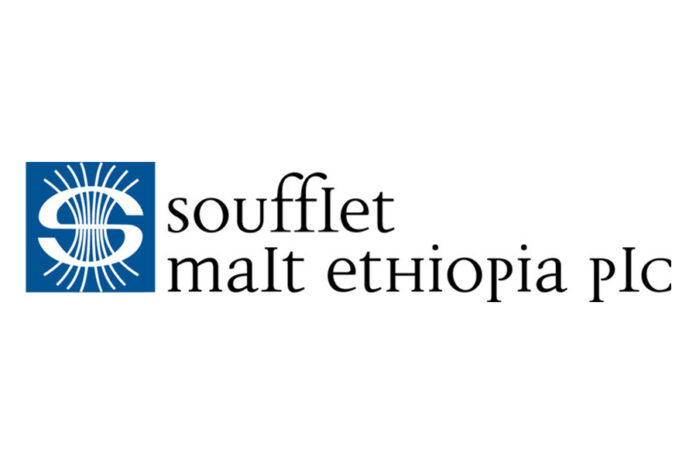 The leading French based agri-food group, Malteries Soufflet has begun its malt production in its new plant in Ethiopia with a local supply chain for malt barley.
After two years of construction of its factory which started on March 2019, the company completed its construction towards the end of April 2021. As stated by the group, the factory has started its production to the local market after its first test at the beginning of May and is now in continuous production.
Malteries Soufflet, one of the top millers in Europe in the wheat sector and an expert in custom ingredient blends has planned to cover all local demand within three years using local input for the growing market. “The malt production launched at its new plant with a local supply chain for malting barley, as it is the largest producer of certified malting barley seed and the largest collector of barley in Ethiopia,” said the company.
“This ambitious plan is part of Malteries Soufflet’s strategy to develop operations outside Europe, which already include Brazil, Argentina and India,” expressed the company.
With its newly constructed factory, Soufflet has given 100 people employment opportunities. “Forty-five people work on the development of the barley sector and thirty-five manage the operation of the plant and silos; 20 are in administrative functions and in addition creates more than 200 indirect jobs, especially in rural areas for barley quality control and handling,” the firm highlighted.
For the 2020 – 2021 collection, the Group has collected 70% local barley and aims to quickly collect 100% of its needs from the local farmers.
Soufflet is a French agri-food group operates in the barley, wheat, rice and legume sectors, and supports winegrowers. It is private collector of cereals in Europe, and trades on international markets through its subsidiary, Soufflet Négoce. In the barley sector, it is a major player on the global malt market in Europe, Asia, South America and Africa.
Malteries Soufflet runs 28 malt houses in Europe, Latin America and Asia, with an annual malt production capacity of 2,300,000 tonnes, and is also active in Ethiopia. It also designs and manufactures enzymes and raising agents and is a major player in the baked goods sector in France and Portugal. It also operates in the fast food industry.
As part of its “Sowing Good Sense” development programme, the Soufflet Group invests in research and innovation in order to augment agricultural resources, according to the company.