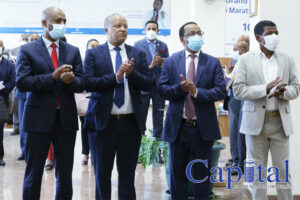 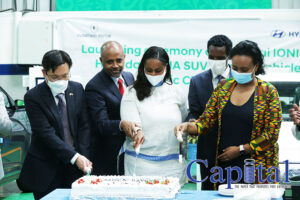 The company has assembled more than 14 vehicle models and has already begun to launch different models of Hyundai electric cars in two rounds.
“The National Bank of Ethiopia will try to support those investments that contribute to curbing costs for fuel and cut foreign currency expenses,” said Yinager Dessie (PhD), Governor of the National Bank of Ethiopia while speaking at the event. The governor further elaborated that Ethiopia spends about 2.5 billion dollars annually for fuel consumption.
Owned by Ethiopia’s Olympic gold medalist and business tycoon, Athlete Haile Gebreselassie, Marathon Motor Engineering PLC (MME) was founded in 2008 and was officially inaugurate in February 2009 as an importer and distributor of Hyundai passenger, commercial vehicles and genuine parts in Ethiopia. Marathon is the first company to introduce the first fully locally assembled electric car HYUNDIA Ionic in July 2020.
Currently there are about 40 vehicle assembly plants in Ethiopia. In Ethiopia, a country with the lowest numbers of cars in the world at 1.1 million, of which half are located in the capital, demand for cars is high. Out of the total number of cars, 219,699 vehicles are small automobiles.
It is certainly not common to see electric cars on Addis roads let alone newly assembled cars.
“Commencement of the new electric cars’ assembly line is aligned with the government’s priority to build a climate-friendly economic growth as the vehicles have zero emission of carbon dioxide,” said the CEO of Marathon Motor. 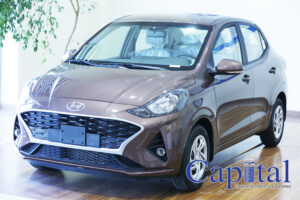 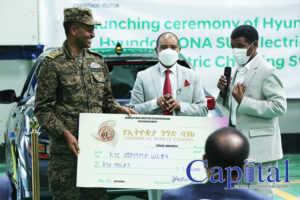