Prime Minister Abiy Ahmed’s new book ‘Medemer’ (synergy) is expected to be released this coming week. Speculation is that some say will be the future political manifesto of his party, the Ethiopian People’s Revolutionary Democratic Front (EPRDF) and the government by replacing ‘Revolutionary Democracy’ if his party wins the coming year’s election.
In the past couple of weeks, the content of the book has been presented by officials from the Office of the Prime Minister to regional allies, elites, opposition parties and the media.
The 278 page book will be published in Amharic, Affan Oromo and English.
One million copies of the book were printed in China for free, according to sources.
The book has about 16 chapters with over 60 bibliographies including references and a glossary. The book focuses on policies that the country should follow in politics, economic development, foreign relations and social issues.
It is inspired by social democratic political philosophy although it differs on welfare issues.
Proceeds from the 300 birr book will go to building schools across the country.
Abiy’s catchword “Medemer” has brought about diverse interest groups from home and abroad. 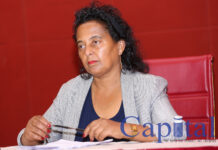 Chamber proclamation to be amended 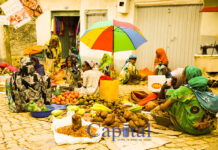