The Ethiopian Association of Basic Metals and Engineering Industries (EABMEI) plans to create incentives to improve business.
At a discussion organized by the Addis Ababa Chamber of Commerce and Sectoral Association under the title: ‘Opportunity and Challenge of Metal and Metal Products Manufacturing in Ethiopia’ and held on Monday June 24 at Kaleb Hotel, Solomon Mulugeta, General Manager of EABMEI, talked about challenges to metal and engineering businesses.
He said that they are working to address several challenges including contraband and lack of focus in order to improve the sector which is seen as a big foreign currency generator and way to substitute imports.
During his presentation he recommended that the government provide specific incentives in metal and engineering as opposed to simply considering it part of general manufacturing.
“The government via its policy has to create specific incentives and follow up for metal and engineering,” he told Capital.
He added that the trading and manufacturing wings should be linked mainly for the export and import substitution operation. He claimed that due to lack of the link the two wings are working against themselves, improperly. Both, trade and manufacturing are crucial for development.
“Standard management and legislative action are not going to be sufficient,” Solomon said.
“For instance the National Bank of Ethiopia (NBE), suppliers’ credit directive was issued about two years ago, while the problem that the NBE directive created is not yet solved. That is the reason we are saying the problems are not being addressed enough,” the association head explained.
He stated that the industry can’t wait a long time for a solution. The sector needs organized body that combines professionals like economists, engineers and lawyers that usually follow the challenges including laws affecting the industry, according to the general manager.
The basic metal businesses which include re-bar, sheet metal and roof sheet, and tubular section production capacity in the country has reached 7.1 million tons and some other new industries are under the pipeline.
“Metal related businesses are increasing,” Solomon said.
From the stated annual production capacity the 4.2 million tons is associated with rebar. People who work in these industries say that even though they produce more than the country needs and generate foreign currency, they could have been even more productive.
Due to challenges the rebar market is still importing finished products.
At the discussion the other challenge that the association head and participants claimed is the growing of contraband and illegal import of sheet metal and roof sheet.
Solomon told Capital after the discussion that currently about 40 factories produce sheet metal and roof sheets.
The ten out of 40 factories are high scale manufacturers but some of them have been forced to stop production due to contraband and lack of hard currency, according to the sector leader.
“If there is an enabling environment the local sheet metal industry that has an annual production capacity of 1.2 million tons shall cover the local market fully,” Solomon added. He claimed that currently imports on things like rebar dominate the market.
He said that even though it is big issue it does not get the attention it deserves.
Contraband, mainly on the 35 gauge, is a major problem for sheet metal. He explained that currently the country’s standard on the roof sheet zinc coat is 180 grams/square meter but it is not applicable at that level. This has created the gap and encourages importers to import the product pretending it is for another purpose when it is really for the roof sheet market.
“The inviting environment has to be solved and he said his association has tabled our idea to the relevant government body regarding the standard issue to look into their law,” he added.
At the discussion several business actors complained about lack of the government intervention. “We are discussed the problems in several occasion and now frustrated. Now we want the way how we shall solve the problems than expressed our claim on problems,” one of the participants said.
Others in the sheet metal industry also complained that the government totally discourages local investors in relation to accessing hard currency to import inputs and capital goods.
“We expected the government to change the suppliers’ credit law but in reality NBE has recently added another new directive that only allows foreign investors besides exporters to access foreign currency in a long term loan settlement, ‘external loan’, to import capital goods,” the other frustrated sheet metal manufacturer said.
In his presentation Solomon mentioned that the suppliers’ credit directive is biased and only favors foreign investors even though they are producing similar products as local investors.
Representative of NBE who attended the meeting argued that the directive is not biased. “Almost all participants at the discussion stated the directives are one sided but these directives are not biased at least both the export sector and FDI directly or indirectly generate foreign currency for the country,” the NBE representative ridiculed the claim from the association and manufacturers.
In his response Solomon said that the NBE representative did not get the claim properly. Including the FDI for suppliers’ credit scheme on a single foreign capital transfer is unfair, according to Solomon.
Capital tried to get further explanation from NBE representatives. But he stated that he represents his bosses. “I don’t have detailed knowledge about the directives,” he told Capital.
Solomon told Capital that he understand that the NBE representative does not have adequate understanding about the directives. “The discrimination value of the directives is not our issue since it is clear. We want to talk about the damage created by the local investors,” he added.
Solomon appreciated the Ministry of Revenue for coming but had hoped other government agencies would have shown up. 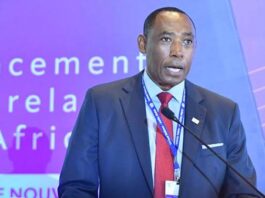 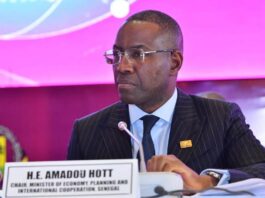 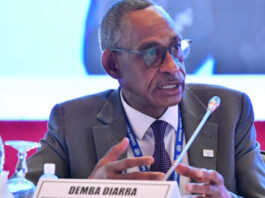