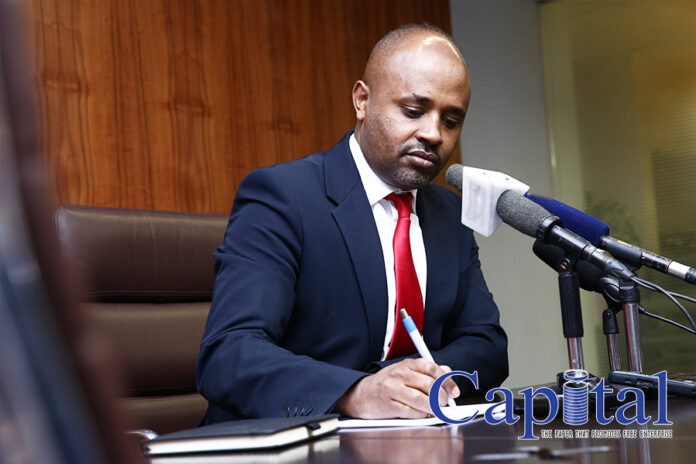 Ministry of Finance (MoF) has given a green light for a price adjustment on three construction commodities as per the request of the Ministry of Construction and Urban Development (MoCUD).
In a letter issued on March 5, 2021 and signed by Eyob Tekalegn, State Minister of Finance, MoF has given the adjustment of price on cement, rebar and ceramics due to the price escalation that was observed in the market.
MoF, which is responsible in controlling public procurement and in giving price adjustments on contracts, on its letter reminded that the concern informed by MoCUD on price escalation on construction material that affects the construction industry was received.
It added that under the public procurement directive of 2010, public offices shall adjust when price escalation transpires.
According to MoCUD’s price analysis volatility has been observed on the market of cement, rebar and ceramics, while some public offices did not mention about price adjustment on their contract or others who included the phrase on their contract are lagging to respond for the request of contractors to adjust the price on time which has become a major challenge for the construction industry.
As per the understanding of the problems that faces the industry and based on the directive that gives the right to adjust the price; on its letter MoF has given a permit to adjust the price on the stated three construction materials.
It explained that unless otherwise, the price escalation occurred on performance delay of contractors against their contract, the price adjustment shall be given under article 16/4 and 16/7/3 B.
According to the letter that Capital obtained, the copy has also ordered public offices that did not include the price adjustment on their contract to adjust the price since it was supposed to be mentioned on the contract agreement under the directive that was issued 11 years ago.
It has also advised the public office to give special attention for contractor administration to undertake required evaluation and control for the sake of mitigating the challenge on the construction industry in general and local contractors in particular.
It added that MoCUD and other relevant offices should control and provide technical support on the implementation of the adjustment.
About the price adjustment, the procurement directive article 16/4 J said that whether it is possible to make price adjustment in the course of the performance of the contract and the condition in which such price adjustment is made if it is allowed.
Article 16/7 B also added that provisions for the important terms of the contract such as time of delivery, packing, responsibility for transportation, price adjustment, payment, delivery and inspection, security and others as the case may be.
The same directive in article 5, sub-article 14 had also stated that certain price adjustments made in the process of procurement is in keeping with the procedure and the requirements of price adjustment set forth in article 16/14 of this directive.