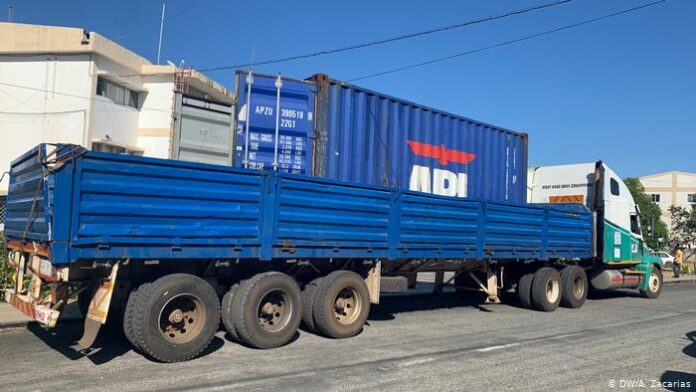 Bodies of 64 men were found dead in shipping container on the back of truck at checking point in Tete, Mozambique on March 24, 2020.
Head of the Tete Provincial branch of the National Migration Service of Mozambique (SENAMI) told to the International Organization for Migration (IOM) that the men who were carrying no documents, have told SENAMI they are Ethiopians traveling to South Africa.
The survivors are deeply traumatized and the driver of the vehicle is in custody according to the official of SENAI.
IOM is coordinating with SENAMI to provide immediate assistance to the survivors, who are being treated for severe dehydration and exhaustion, including food and clothing.
The bodies has been buried there at Mozambique where the dead body found in Tete which is roughly 4,000 kms south of the Addis Ababa and 1,400 kms north of Pretoria, in South Africa. Mozambique is located along a migration corridor, the so-called Southern Route, frequently used by migrants from East and the Horn of Africa to travel to South Africa in search of protection, economic and education opportunities. IOM Mozambique has helped more than 400 Ethiopians voluntarily return home since 2018. 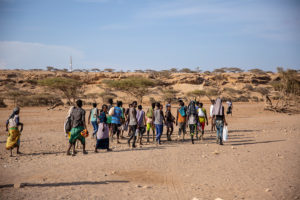 Tens of thousands of Africans seek passage every year to the Middle East, crossing hundreds of desert miles towards the continent’s eastern coastline on trails as old as mankind itself more migrants travel by bus as compared to any other mode of transportation.
According to the International Organization of Migration every year more than 200,000 young Ethiopians crosses the country’s border in search of better opportunities and exposed to wide range of risks. The government is making significant steps to enhance the protection of vulnerary migrants including by enhancing essential proclamations and revising old proclamations.
Although the exact number of Ethiopians who have migrated overseas is not known due to the absence of a centralized registration system, there is evidence that large numbers migrate to the gulf cooperation council states, Europe and South Africa seeking employment through irregular migration channels.
On March 18, 2020 the IMO has released a flow monitoring survey report on movement of Ethiopian migrants for the first time. As the report stated the intended final destinations of migrants are further investigated for 3 specific reasons, namely travelling for job opportunities, ease of access to asylum procedures and ease of access to humanitarian assistance.
Key findings show that most of the migrants surveyed, who was 69 percent male and 21 percent female, were unemployed. The primary country of departure amongst respondents was Ethiopia, followed by Sudan and Djibouti and the primary intended final destinations included the Kingdom of Saudi Arabia, Sudan and Ethiopia.
According to the United Nations Department of Economic and Social Affairs (UNDESA), in 2019 South Africa was home to about 4.2 million migrants, and 290,000 asylum seekers and refugees. Zimbabwe, Somalia, Malawi, the Democratic Republic of the Congo and Ethiopia were the main source countries.