In the next six to twelve months, five sugar factories may finally be open for business and companies are getting ready to take part in the privatization process. Now a proclamation is being developed to create guidelines as sugar companies are taken over by private investors.
Last year the ruling party decided to partially or fully privatize its major enterprises including upcoming and established sugar factories. To regulate market participation as part of the privatization process; the sugar factories’ proclamation is being written.
According to a report from the Ministry of Finance (MoF) the proclamation’s main goal is regulating the production, trade, administration and import/export of the sweet.
Currently only the government is allowed to trade sugar, however, a few years ago the product started being distributed via periodical auction through major bidders. The government would then distribute sugar to the general public. The sugar auction process has been criticized for its vulnerability to corruption which caused prices to rise at public markets.
Sugar is currently distributed by consumer associations and retail shops but hording, artificial scarcity and price hikes still hinder the sugar market.
The government is also the sole importer of the product, which many industries use for beverages, candies, chemicals and pharmaceuticals.
The draft proclamation hints that the private sector may be involved in importing the sweet.
Currently about 13 sugar industries exist in the country three of them are the oldest and the balance are mainly undergoing trial tests, in the finalization stages or were constructed in the past few years.

To facilitate the privatization process of the sugar factories, the Ministry of Finance has been undertaking a valuation of the Sugar Corporation’s assets, conducting factory capacity assessments and carrying out environmental impact assessments on each factory.
MoF indicated that the privatization of from five to 6 sugar factories would be finalized in the coming six to 12 months.
A recent Request for Information (RFI), most of the companies said they were interested in the oldest factories, according to sources. Following an April RFI several international companies, expressed an interest in privatizing Ethiopia’s sugar factories. However, only one local company Ethio Sugar Manufacturing Industry is adopting a community inclusive business model.
Companies from Kenya, Mauritius, UAE, Morocco, South Africa, Algeria and elsewhere expressed interest and presented business models.
In the process of selling 49 percent of its the telecom monopoly and adding two competitors the government has formed the Communication Supervision Authority. The authority will control and govern the operation.
According to the plan Ethio Telecom will be split into two; an infrastructure developer and a service provider/ administrator. The valuation work is also ongoing.
The telecom and sugar industries are expected to be the major sectors in the mega privatization process which includes the Ethiopian Airlines and the only continental cross continent public shipping company, Ethiopian Shipping and Logistics Services Enterprise.

African leaders call for action to end malnutrition by 2025 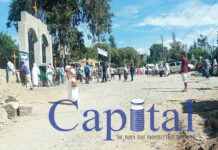 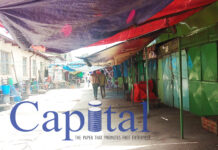