As part of improving its service and operation, Nib international bank announced that it is expanding its core banking technology services, as part of the bank’s five-year strategic plan, as it launched a technology called T 24 R 2020.
The President of the Bank, Genene Ruga, said the bank has already started the technology before other banks in Ethiopia and is part of the pillars of the five-year strategy which is geared towards aggressively working on digital banking. “The technology will greatly help to make the bank’s operations more efficient, modern and convenient,” said the president in a press conference on Wednesday held at the new Headquarters of the Bank.
“e-20, which is part of the core banking technological functions, has been implemented so far,” said Genene, adding, “activities of modernizing the data center is in progress.”
“Furthermore, we have been implementing functions of digitalizing the business processes, human resource development, procurement and fixed asset management tasks,” he said.
Assefa Yishanew, Vice President and Vice President of IT Sector, apologized for the 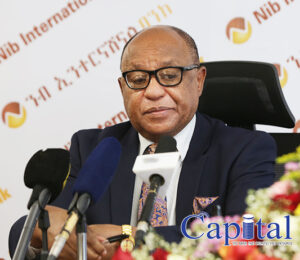 inconvenience caused by the bank’s transition from old technology to new technology. According to Assefa, banks and other financial institutions will face the same problem during the technology transfer process.