Oman has become another logistics power in the Gulf of Aden by investing in a Djibouti port facility Capital learned.
Djibouti, which has attracted several giant international investors in logistics operation grown to seven port facilities within a few years and has become the major port for east Africa. Recently Djibouti and Oman signed an agreement to allow the gulf state to invest in Djibouti’s logistics sector.
The memorandum of agreement signed by Aboubakar Omar Hadi, Chairman of the Djibouti Ports and Free Zones Authority (DPFZA) and Abdulsalam bin Mohammed al Murshidi, Executive President of State General Reserve Fund (SGRF) of Oman in the presence of

President Ismail Omar Guelleh constitutes an important milestone in the relation between the two institutions and is meant to establish a strategic cooperation in jointly developing, investing, operating and managing ports and other important logistical facilities in Djibouti.
Experts who follow the port development of Djibouti told Capital that the agreement signed late last month would allow Oman to invest on the Doraleh International Container Terminal (DICT) the upcoming biggest container logistics hub will be realized at the middle of the Doraleh Container Terminal and Doraleh Multipurpose Port.
It has been reported that the French logistics giant CMA CGM wants to invest in the DICT, and Oman will also be involved in the project, according to sources.
Sources indicated that the latest deal between Oman and Djibouti has the objective of undertaking a joint investment in the port. DICT’s total investment is tagged at USD 660 million. The upcoming additional container terminal will have a capacity 2.5 million TEU containers per annum in the first phase.
Oman is one of the major port hubs in the Arabian Peninsula. The Port of Salalah is a major trans-shipment hub and gateway to the Middle East, Indian subcontinent and East Africa.
Experts said the coming of Oman is another force for Djibouti to realize its dream to be the dominant logistics players in the east African region.

The quest for a healthy Africa

Hotel show not a sleeper 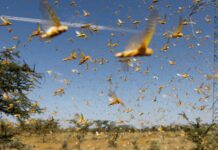 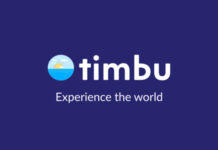 Many people in Africa live in substandard housing