The Oromo People’s Democratic Organization (OPDO) has invited opposition party members based in Ethiopia and overseas to work together with the goal of realizing a democratic system in the country and the region of Oromia.
Part of the ruling coalition, EPRDF, OPDO leaders have taken several and extraordinary measures in the past few months. This is a detour from the usual trend under EPRDF. This has occurred after EPRDF concluded its ten day evaluation meeting which passed several new decisions with the goal of expanding the reconciliation and democratic process that have accepted several political elites and opposition leaders who have stood against the ruling party.
In its communiqué issued in the middle of this week, the central committee of OPDO invited opposition politicians and political parties to work together.
Experts said that the communiqué has several new moves that had not been observed in the past under the country’s political system. They appreciated the decision of the ethnic based political party that has ruled the Oromia region since the first election in 1995 and part of the federal ruling party with majority seats at the parliament.
Since it said it would work with opposition parties because the situation in the country is ruffled, a political party that recently formed outside the country accepted and appreciated the move from OPDO.
The Oromo Democratic Front (ODF) established by a veteran politician Lencho Leta, a former leader of the Oromo Liberation Front, said it has accepted the new move of OPDO.
“We believe the call is timely and a major step in the right direction. And we therefore wholeheartedly welcome and accept OPDO’s call. While commending and applauding OPDO for the bold move, we want to take this opportunity to express our willingness and readiness to work with it not only to realize the aspirations of the Oromo people but also to make Ethiopia’s federation genuinely democratic and multi-national, for which we have been advocating since the founding of our organization,” ODF said in a statement.
“To this effect, our organization and its leadership is ready to meet its counterparts in OPDO forthwith,” it added.
The OPDO leadership led by Lemma Megersa, has also stated that it has replaced 14 Central Committee Members of OPDO with capable individuals for a further strong struggle. It has also announced that it suspended four members until the coming assembly, while the committee has also given a warning to an un-named member of the Central Committee.
The committee has passed several decisions with the goal of transferring the demand of the general public in the region and the country.
Political commentators stated that most of the decisions that OPDO passed is unusual and a new direction for the country and the party.
In the past three years political instability in Oromia and Amhara has forced the ruling EPRDF to adopt several reforms including calling opposition parties in the country for dialog on some of the laws with the goal that it called a direction for further political and democracy reforms.
In recent weeks the leaders of four parties that formed EPRDF announced that political leaders and some other activists would be released with the goal of reconciliation and that was followed by the release of Merara Gudina (PhD), a prominent opposition leader since the Derg regime, and other prisoners. 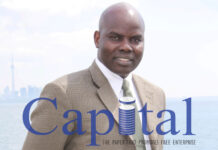