After Ethiopia lifted the ban on domestic workers moving overseas and passed a new law to guard against ill-treatment, over 100,000 job orders have come in from Saudi Arabia to hire Ethiopians as domestic workers primarily in housekeeping and caregiving.
Saudi families offered jobs through 340 local agencies registering domestic workers in line with the country’s new laws. Domestic workers who wish to travel to approved countries must have proper training in their field from vocational schools.
The vocational school trainings which take from one to three months, focus on housekeeping, caregiving and domestic work like driving cars. So far 140 agencies have registered to send domestic workers to the destination countries.
One hundred thousand citizens, mostly women are registered to go to Saudi, but none of them have completed the long process of taking trainings and competency certificates.
Assefa Yirgalem, public relation head of Ministry of Labor and Social affairs told Capital that the domestic workers will start to go soon after they complete the legal process here.
“It is not like the past, when a person wants to go abroad they must have completed eighth grade and three months training from vocational schools, a competency certificate, and insurance certificate. Because the process takes time and some travellers have already finished the process and will soon travel,” he said.
On October 2013, the government banned domestic workers from traveling abroad due to the rampant torture, sexual harassment and other civil rights violations endured by many Ethiopians in Saudi Arabia, Lebanon and other Middle Eastern countries.
After the ban was placed, the number of illegal brokers and undocumented migrants increased, causing a surge in the loss of life en route and at sea.
According to proclamation 923/2016 direct domestic worker employment is only for staff where the employers is an Ethiopian mission or an international organization and where the job seeker acquires a job opportunity by their own accord in job positions other than house maid service.
Receiving countries must protect the life and the disability insurance coverage rights of domestic workers. The proclamation requires domestic workers to have certificates proving that they have at least three months of training in their respective fields. Agencies wishing to send workers abroad should have one million birr in capital to get the license. According to the bilateral agreement between Saudi and the Ethiopian government the minimum wage set for domestic worker for Ethiopian workers is 1,000 Saudi Riyal.

ET starts to fly to more than 40 destinations in July 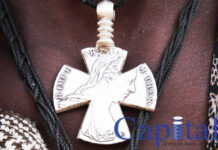