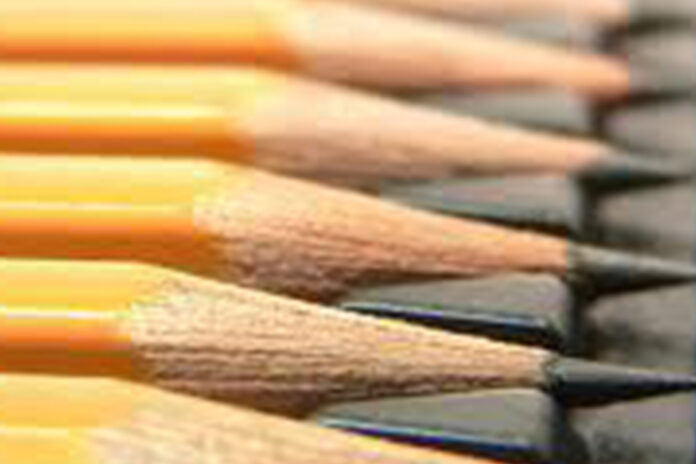 The prominent pencil manufacturer and player in the market, Apex Plc, disclosed that its sells have almost goes down to almost zero in the last five months after the government decided to suspend education because of COVID 19.
The company that is a pioneer and the only manufacturer of pencil in the country said that because of the pandemic its business is seriously affected.
The company told Capital that it has a capacity to produce about 400,000 pencils per day and actual production of 80,000, but since the pandemic forced the government to suspend education as of mid-March its sales dropped immediately.
“The situation push us to just settle wages for months without operation,” one of the senior management at the company, that produced Dot Pencil, said.
“For instance this time is the peak season for the stationary market, but there is no change in our market,” the senior management member, who demands anonymity, told Capital.
He reminded that during the past in this period not only the market demand is very high but shortage also occurred.
The company is not only the first to produce the stationary product in the country but its way of production makes it unique and one of the very few in the continent.
The major input for the pencil production is recycling scrap papers like used newspapers.
“We are not using wood or tree products like the traditional input for the pencil industry,” the source says adding “we are contributing for mitigating the environment impact since we use waste paper.”
Dot Pencil is well accepted in the country. Besides its quality it has played significant role to replace the imported pencils.
The source said that the company has a capacity to fill the local demand, meanwhile there are some imports including illegally imported products by the same brand of Apex.
“There were individuals who tried to use our brand and import the product from abroad, but they have been legally penalized,” the source explained.
The company located at Gelan, in the south east outskirt of Addis Ababa in Oromia region, has more than 160 employees.
“We are paying their salary meanwhile our sales and production is zero,” the source added.
The government disclosed that after the first COVID 19 case was reported on Friday March 13 schools all over the country were closed to control the pandemic.
Currently the global pandemic is significantly spreading not only in the world but also in Ethiopia.
The government has not yet set a given time frame when schools will come back to their operation, but because of the spread of the corona virus it is not expected that education centers will return soon.
Capital observed that the stationary market particularly that are directly associated with students has significantly dropped.
Sources at Apex also said that not only their business is affected by the situation but those who are engaged on wholesale and retailing of Dot Pencil are also affected. “It is easy to know the effect on others since they do not come and buy the product from us,” the source said.