Prime Minister Abiy Ahmed (PhD) will head to Kenya for his third overseas visit today. He also took part in the discussion with Bale Robe, Oromia Regional State, residents on Saturday. The Prime Minister is expected to held talks with President Uhuru Kenyatta on bilateral issues today, Sunday May 6.
In his two visits to Djibouti and Sudan the PM also managed to clinch major economical and diplomatic achievements.
On his first foreign visit PM Abiy arrived in Djibouti, the major economic ally in the region, on Saturday April 28. On his two days visit in Djibouti he agreed to develop Djibouti port.
In August Capital reported that a delegation comprised from Metals Industry Development Institute of Ethiopia (MIDI) paid a visit to Djibouti to asses for a port facility dedicated to Ethiopia.
The delegation visited a site at Obock town, located on the northern shore of the Gulf of Tadjoura.
At the time the then Minister of Transport told Capital that the studies that are being undertaken will cover the establishment of ports in partnership with the government of Djibouti.
It is also reported that the two countries may swap some of their public enterprises including the likes of Ethiopian Airlines and Ethio Telecom among others. A joint commission is expected to undertake the details of the agreement.
Djibouti is aggressively expanding its logistics infrastructure to absorb the growing demand of Ethiopia and on the target to be most preferable logistics and cross continental cargo hub in the continent.
Recently, the port centre terminated its management contract with one of the biggest port operator DP World. At the same time Ethiopia bought a 19 percent stake on the port at Berbera, Somaliland, the self-declared nation. It is recalled that last year DP World has taken the major stake at Berbera Port with a 30 year management contract and development of port and related facilities.
Currently Ethiopia and Djibouti have various social and economic co-operations and stated as an example for regional integrations in the continent. They are linked with optical fiber cable, electricity, water and modern electrical railway and have agreed with several upcoming projects including the construction of natural gas pipelines and facilitate joint customs facility in addition to open school for Ethiopian community in Djibouti city.
In another visit from Wednesday May 2 to 3, the PM met with Omar Hassan al-Bashir, President of the Republic of Sudan.
During their meetings the two countries agreed to jointly develop port facilities along the red sea coast in Sudan as an alternative logistics outlet for Ethiopia.
The two countries formed joint commission for year that is working to integrate the two nations on economic areas and border trade.
The feasibility study for the trans-boundary special economic zone was also proposed for financial support for the feasibility study for the African Development Bank (AfDB). The joint project office for trans-boundary special economic zone is formed in Ethiopia.
The economic zone will include massive infrastructure such as port, railway and corridor developments. One stop border, bank, customs and free trade are some of the issues that will be included on the joint plan.
The two countries also agreed to connect via railway and turning the town of Assosa, capital of Benshangul Gumuz region, into a commercial centre.
Abiy is expected to manage similar deal with his counterpart in Kenya. 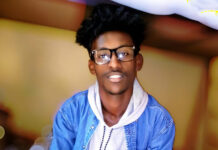