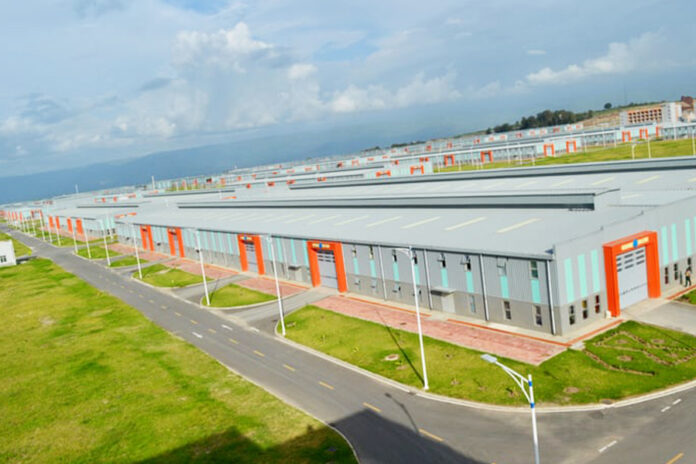 Hawassa Industry Park has transferred employees of US-based, PVH Corp following the firm’s decision to close its manufacturing facility in Ethiopia as of November 25, 2021 to other companies operating in the Industry Park.
Fitsum Kebede, CEO of Hawassa Industry Park told Capital, PVH had over 1300 registered employees who following their termination were transferred to other companies based in the park during the past couple of weeks.
“Since most of the workers are experienced it is easy for them to get new jobs with companies in need of experienced employees,” said Fitsum, adding that the park has a duty to save the lives of the employees to which no one was left unemployed as result of the PVH termination.
PVH, the American giant apparel company, with over eight billion dollars in revenue is named as the anchor of the park. The more than century-old company has 30,000 associates operating in 40 countries.
PVH is one of the world’s largest and most admired fashion global iconic brands that include Calvin Klein and Tommy Hilfiger, connecting with consumers in over 40 countries and had also been a marquee occupant of Ethiopia’s model industrial park in the city of Hawassa. The firm built its factory in Ethiopia’s Hawassa Industrial Park in 2016.
As sources from the Industrial Park Development Corporation inform Capital, the company has set COVID-19 and the international market as its main reason for its closure. The company notified the Corporation about its departure a few months ago after the sale of its facilities to another company.
The company had announced its closure without giving any clue to its employees as workers of PVH formed a labor union to ask about their future.
Beside the employees, the company is also in negotiation to transfer the sheds and all of its workers to other companies. However, the name of the company taking over the space has not been disclosed.
PVH like most of its peers called Hawassa Industrial Park which is located south of Addis Ababa, home. The hub which was designed by the government to attract garment and textile manufacturers has defined Ethiopia as a textile and garment manufacturing hub.
Hawassa Industrial Park is one of the national flagship project and the biggest industrial park in the country having 52 factory sheds of 21 international companies which create job opportunities for more than 80,000 workers of which more than 80 percent are women.