The Ethio-Djibouti Railway has secured more than 20 million USD in revenue from its freighter and passenger train services over the past eight months.
The passenger rail has transported 39,000 commuters between the two nations.
During a media open-tour last Wednesday , the Chinese Ambassador to Ethiopia Tan Jian said the railway is important because landlocked Ethiopia’s 95 percent import and export passes through Djibouti.“We see this railway not only as a line of transportation, it is the artery, it is the life line and the economic corridor. This railway is related to your industrialization and to your development,” he added .
The 750 kilometer Ethio-Djibouti standard gauge Railway, which was built jointly by Ethiopia and Djibouti, started operation on January 1, 2018. 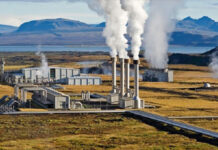