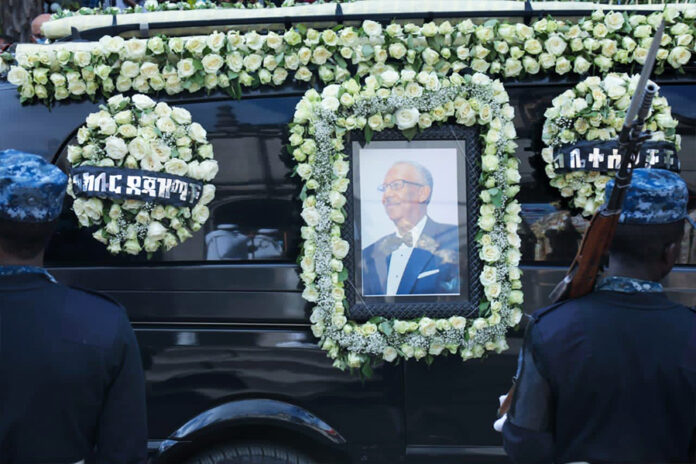 The body of prominent diplomat and former senior government official Kassa Kebede (Amb) was laid to rest on stately funeral service on January 5 at the Holy Trinity Cathedral.
Kassa, the former Ethiopian Ambassador to Geneva and who served as expert on diplomacy, and peace and security for different global organizations reportedly died few days ago in the US where he resided till the age of 79. 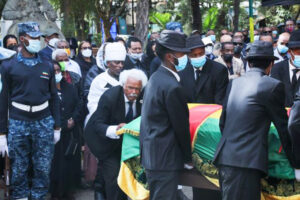 Ministry of Foreign Affairs stated that on the official service, High-level government officials including Mehreteab Mulugeta (Amb), Chief of Cabinet of the Office of the Foreign Minister, and other representatives from the Ministry of Foreign Affairs of Ethiopia were in attendance at the funeral.
Kassa, who served Ethiopia in different capacity in the emperor and Derg era, is well know in related with Operation Solomon, the campaign to move Ethiopian Jews to Israel.
Kassa was one of the influential figures during Mengistu Hailemariam’s time.