Rising from ruins: Gov’t to create a system to reconstruct war stricken areas 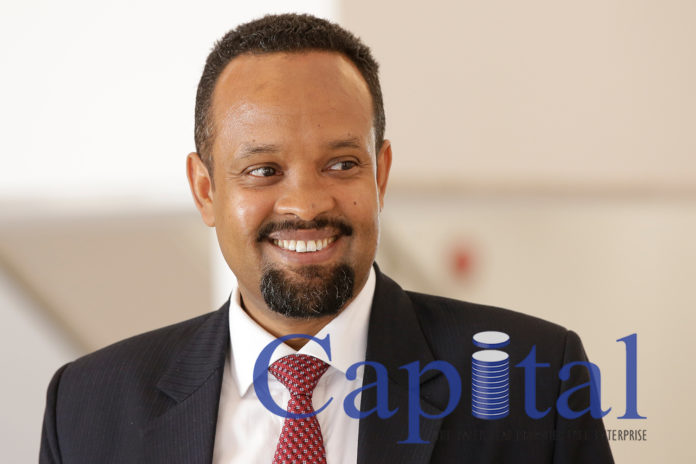 The government announces that it will establish a system to mobilize resources for reconstruction work at the war destructed areas.
The issuance of restoration bond has been recommended as an alternative source of rebuilding the areas that were smashed by the TPLF terrorist organization, which expanded the attack in two regions before it was engulfed by the national forces.
On the latest Addis Wog, a dialogue platform hosted by the Office of the Prime Minister regularly, Ahmed Shide, Minister of Finance (MoF), announced that the government is working to mobilize resources for the reconstruction work.
He said that comprehensive assessment will be carried out by the committee comprised of relevant bodies including; Macroeconomic Committee, MoF, Ministry of Planning and Development and a committee that engages on emergency response, chaired by the Deputy Prime Minister.
Ahmed stressed that the reform that was undertaken in the past three years has played a crucial role to the resilience in the conflict.
He reminded that despite the conflict in the past budget year, the economy was able to grow by 6 percent, while massive destruction transpired on the country’s resource.
“This budget year, mainly in the recent past few months the damage covered wide areas and was very huge which affected the economy in different forms which requires massive work from all sides,” he said, adding that the activities in other parts of the country is registering promising success even showing better performance compared with the preceding year.
The economic reform works will continue in connection with the rebuilding of damaged public properties and infrastructures including utilities and providing emergency support.
Ahmed said that the comprehensive assessment of the damage shall help to understand the effect in detail of the area affected by the war, “the assessment shall help to plan for the response.”
He recalled that MoF has already drafted a supplementary budget that is already tabled to the Council of Ministers and expected to be sent to the parliament for endorsement.
The supplementary budget shall have a portion to instigate the recovery and reconstruction works.
Designing the recovery and reconstruction program is finalizing to access USD 400 million from the World Bank, while under the disaster risk management program preparation work is undertaking to access additional USD 350 million, “these sum with the support from other bilateral sources shall be a resource for part of recovery and reconstruction work.”
The ‘build back better’ will be the principle on the reconstruction work of the damaged and destructed livelihood of the society in the conflict areas. Ahmed said that the recovery and reconstruction program shall takes up to five years due to the severity of the damage.
He also stated that new macroeconomic reforms shall be introduced which will have an inclusive and strong development in the country.
He said that for successful rebuilding concerted efforts is required by every citizen including the Diaspora.
At the dialogue, Alemayehu Seyoum (Prof), economic expert, suggests the government to consider issuing ‘restoration bond’ as alternative to mobilize resource for recovery and reconstruction work that will be carried out in the near future.
Ahmed responded that the government will have multiple views to mobilize resources for the reconstruction work.
The financing strategy would be properly done but the level of damage, which shall be known under comprehensive damage assessment, shall be understood, “when we have detailed knowledge about the damage, we shall have the cost estimation.”
At the event the introduction of ‘national service’ has got an attention on the aim to create a disciplined society.
He concluded that coordination of government bodies, partners and the society in general is crucial to come out with success on the upcoming reconstruction and recovery works.