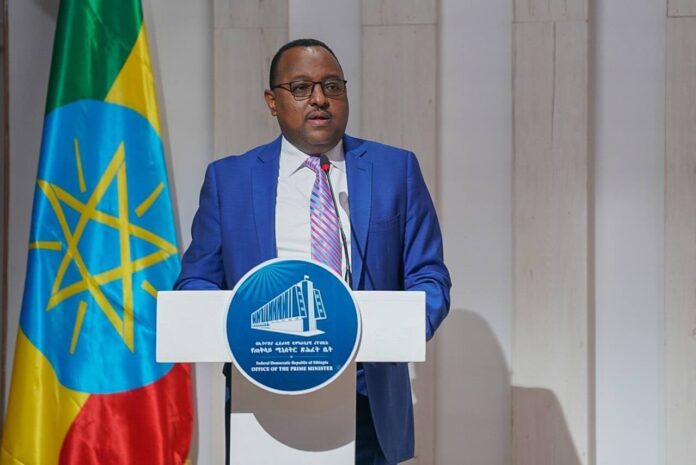 The Federal Police Commission has announced that an internationally accepted election fraud investigation will be in use for the upcoming 6th national election.
For the coming national election to be concluded without any security problem, the government has formed a taskforce chaired by Gedu Andargachew, Security Advisor at the Office of the Prime Minister (OPM), and included all security entities including regional institutions, Capital learnt.
Zelalem Mengiste, Deputy Commissioner General of Federal Police Commission, said that Federal Police Commission have established exclusive investigation desk for the coming election, “Similar desks have also been formed under regional polices,” he explained.
“Internationally accepted election fraud investigation standard has been developed and investigators will be trained in the coming weeks,” he added.
It has been reported that exclusive court and Attorney General have been formed to conduct any election frauds.
Zelalem said that security would be a priority for the upcoming election that the reformist government promised to be unique compared with the previous experience.
“The security apparatuses has similar stand with the government to make the coming election process peaceful, fair and democratic,” he said at the discussion held at the OPM’s ‘Addis Wog’, a dialogue focused on election and communication.
“The security force should commit without any involvement and favor of any groups or parties,” he said.
Three discussions that include all stakeholders from federal and regional governments have been conducted until now regarding the preparedness and strong discipline on the upcoming event.
Now, the security force is under training is up to the lower government administration to conduct the operation under code of conduct to undertake free election.
No one apart from the security apparatus that was trained will be allowed to come close to the 55,220 ballot drop-off locations. The security apparatus will receive election security training, under the Ethiopian National Electoral Board election code of conduct.
The Deputy Commissioner General said that pre and post election security package have been developed to make the coming election as per the expectation to be prudent.
“The areas that are identified as security zones and those that would present a threat have already been mapped,” he explained.
The security forcewill be involved in the peacekeeping at the election stations and the areas would have exclusive identification cards and uniform, which was not applied in the previous elections.
The security official promised that the upcoming political event would be conducted without harassment arrest. Furthermore, he emphasized that they will try their level best to make it historical as per the demand of the government.