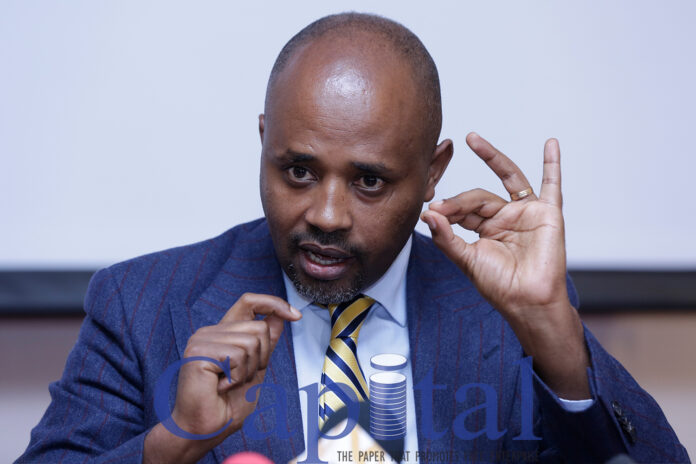 The government and stakeholder boldly reflected their own interest mentioning number of jobs created, safeguarding the health of the community and boosting the revenue from tax in the mid-week at the parliament public hearing session on the draft bill of excise tax that is referred to parliament Revenue, Budget and Financing Standing Committee on December 17, 2019 for further discussion.
Revision of the excise tax proclamation has become necessary to collect and impose tax on goods and services that are believed to be luxury, hazardous to health, causing social problems as well as on basic goods which are demand inelastic, the draft states.
According to the Ministry of Revenue, Ethiopia collects below 0.7 percent of excise tax to GDP ratio, which is well below the 1.4 percent in Sub-Saharan countries. The government is working on modernizing the tax collection system and revising the excise tax law would increase tax revenue and help achieve economic and social goals.
Officials believe second-hand cars as one of the major reasons for increasing road accidents in the country. The bill tabled proposes an introduction of 500 percent excise tax on vehicles that are used for over seven years.
Though officials echoed used cars result in environmental issues connected to climate change, scholars argues the 500 percent tax on used cars and climate change doesn’t have correlation in existing situation.
“The government better use other mechanism like banning used cars rather than levying 500 percent tax,” said Tadesse Lencho who attended the hearing.
“The objective of the bill is not only to discourage secondhand cars import through tax increase but is to also help to attract multinational companies like Volkswagen and others that showed an interest to open an assembly here in the country” said Eyob Tekalegne, State Ministry of Finance.
According to the data from the Ministry of Finance, over 35,000 vehicles have been imported last year into the country and the majority of them were secondhand.
Apart from cars, beer exclusively produced from imported barley and malt will be subjected to a 35 percent excise tax while a beer that uses local raw material of which excluding water is at least 75 percent by weight of its constituents will be subjected to 30 percent excise tax.
“We obliged to reconsidering our future investment including the one in pipeline” representatives of beverage and alcohol companies echoed in unison.
“The current collection system is far more complex to administer and liable to undervaluation particularly with beer companies,” said Mulay Weldu, Tax Policy Director of the Ministry of Finance.
The National Tobacco Enterprise, the monopoly cigarette producer and importer is the only company with no complaints on the proposed tax, rather asks the government to fight contraband.
Tobacco and tobacco products will be subjected up to 30 percent excise tax.
It also proposes a 40 percent excise tax for all types of wines including fortified wines, fermented wines and other types of alcoholic beverages obtained by fermentation of fruits. Drinks with 40 percent alcoholic content could be subjected to an 80 percent excise tax.
Representative from the health association argues that the proposed excise tax on tobacco and beer is less when compared to neighboring Kenya.
“No need to compromise the issue of health, where 52 percent of the people are dying in non-communicable disease because of alcohol, cigarettes and junk food,” said Wendu Bekele from Ethiopian Cancer Association adding that the government allotted 6.7 percent of the total revenue for the health sector which is the lowest in sub Saharan African countries.
A new bill has been introduced by the Ministry of Finance to amend the nation’s excise tax law in an effort to standardize taxation. Commodities liable to the proposed law includes fats and oil up to 50 percent, sugar and sugar confectionery up to 30, soft drink powders 25, non-alcoholic beverages 20 percent, salt 25 percent, mineral fuel and oil and their product 30 percent, rubber tire 5 percent, perfumes and cosmetics 100 percent, plastic shopping bags (40 birr/kg), human hairs and wigs 40 percent, carpets 8, TV and Camera 10 percent and more.