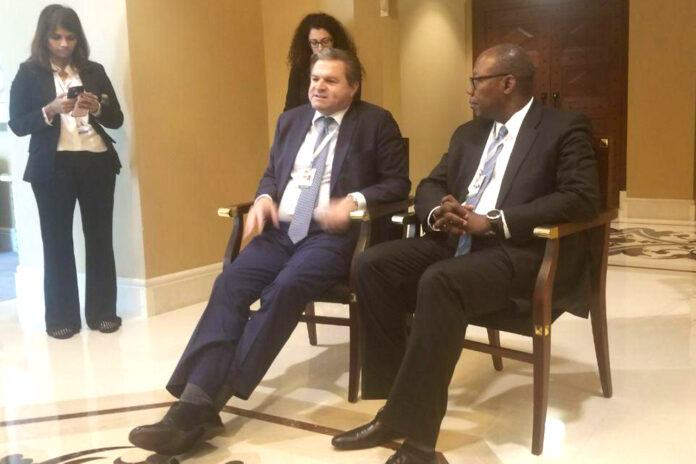 By Ruth Brook
Africa’s largest banking group by assets, Standard Bank, have their sights set on opening a branch in Ethiopia, given there is a shift in the country’s financial sector, allowing the presence of foreign banks. The potential was discussed at the Global Business Forum (GBF) on Africa 2019, in the United Arab Emirates. Currently, the African-focused group is present in 20 African countries, with a representative office in Ethiopia.
“If the government opened up the financial sector tomorrow we would be there tomorrow asking for a license to do business with Ethiopia,” Victor Williams, Head of Corporate & Investment Banking, Africa Regions Standard Chartered told Capital.
The representative office, which was opened in 2015, is led by an Ethiopian banker chosen by Standard Bank who has helped the bank foster a relationship with both the Ethiopian government and clients, Williams said.
The office also serves as a regional hub for neighboring countries.
Williams further stated that the representative office has afforded the bank the opportunity to learn and understand the market in Ethiopia as well as position themselves for what they hope will be a fast approaching change in the Ethiopian market, inviting foreign bank institutions.
“We’ve learned a lot about the country and we now are in a position where we can actually start to advice investors into Ethiopia based on what we’ve learned from being in Ethiopia,” he added.
Mirroring his enthusiasm was Rassem N. Zok Chief Executive Officer, Middle East & North Africa. Reiterating that the representative office serves as a good base for Standard Bank and adding a “Middle Eastern angle,” Rassem commented on the potential of Ethiopia as the second most populated country in Sub Saharan Africa.
“The Middle Eastern countries, in particular the UAE and Saudi Arabia as well have actually been excited about the new openings in Ethiopia,” Rassem said.
“We are very excited about this country,” he added.
Williams further said “we are hoping the country will open its finance sector recently.”
GBF Africa encourages international revenue flows into Africa by engaging leading decision-makers on the global investment scene. The forum involved prominent African stakeholders engaging in a dialogue on Africa’s economic outlook.