The Federal Supreme Court has reversed the Federal High court’s ruling to grant bail for Essays Dagnew on January 22, 2019. Police were also granted ten more days to investigate the former Ethio Telecom high ranking official.
Essayas was accused of causing damage to the public interest by awarding a purchase for the military complex, Metals and Engineering Corporation (MeTEC), using his affiliation with his brother who was the former CEO of the MeTEC, Major General Kinfe Dagnew.
After the Adjudicative Court the High Court granted bail for the suspect at 200,000-birr police appealed to the Appellate Court.

The World Catches Up With African Women 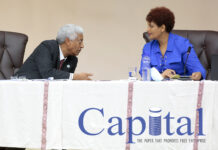