The Federal Supreme Court Cassation Bench agreed to hear a case of an eleven-year-old who was convicted of ordinary homicide at a Regional High Court. That Court, located in the Southern Nations, Nationalities and Peoples (SNNP) region, ruled on July 25, 2017, that the accused boy killed his friend intentionally and ordered that he serve three years in a juvenile detention facility.
Grima, (Not his real name) was convicted of killing another young boy, Getachew, (also a pseudonym) on the afternoon of May 19, 2017. The incident occurred when the two boys were playing near their homes. Girma became angry after Getachew hit Gima’s little brother so Girma threw a rock at Getachew, which caused brain damage and eventually killed him, according to the lower court’s statement.
After hearing witness testimony and receiving an autopsy report from St. Paul’s Hospital the High Court convicted Girma of Ordinary Homicide and sentenced him to three years.
The sentencing guidelines for Ordinary Homicide, (addressed in Articles 539-541 of the Criminal Code), are between five and twenty years.
The child’s defense lawyer was assigned by the court. That lawyer appealed the case at the SNNP Supreme Court. On February 9, 2018 that court upheld the lower court’s decision. However, one Judge, Petros Bine, wrote a minority opinion.
“The case was held in the private chambers of a judge (in-camera) only at a hearing for the defendant’s witnesses. The defense lawyer appeared that day but not at the previous hearing,” he said.
He went on to disagree with the charge of Ordinary Homicide, he felt the case did not fall under article 540 of the criminal code. He also said it was not right that the child would be in court, or plea without his lawyer present. If a crime can lead to a 10-year prison sentence, he said then there must be a defense lawyer present when witnesses are heard and pleas are made, he argued. If that wasn’t possible then the case should have been adjourned to another day.
Girma’s real name is not being used in the court due to his age. As a result the appeal was entitled: “Cassation over Cassation”.
Girma’s lawyer appealed to the Federal Supreme Court Cassation Bench which is called the Federal Cassation Bench, chaired by Chief Justice Meaza Ashenafi.
The Bench referred to the United Nations Convention on the Rights of the Child (CRC) Article 3 and the FDRE Constitution article 36 which prioritize the ‘best interest of the child.’
“Children who are accused of breaking the law have the right to legal help and fair treatment in a justice system that respects their rights. Governments are required to set a minimum age below which children cannot be held criminally responsible and to provide minimum guarantees for the fairness and quick resolution of judicial or alternative proceedings,” reads Article 40 of the convention.
In the Judges’ opinion the only reason to send a juvenile to jail would be under article 162 of the criminal code.
“The Court may order admission into a special institution for the correction and rehabilitation of young criminals, taking into account the bad character, antecedents or disposition of the young criminal as well as the gravity of the crime and the circumstances under which it was committed,” reads the first paragraph of Article 162 of the Code.
“According to the constitution any decision which doesn’t respect these principles is baseless and a violation to citizens’ basic rights,” reads the judgment.
Since the child is 11 years his plea will be valid only if he was represented by his lawyer, the court ruled. They criticized the lower court for failing to ensure the best interest of the child.
They also referred to Judge Petros’s opinion about the lack of appropriate measures taken to respect the child’s rights.
“We found decision given by the lower court in violation of the International and continental conventions of which Ethiopia is a signatory, the Constitution, the Criminal Code, the Criminal Procedure Code and in basic error of law,” stated the ruling given by the seven judges.
The all-female bench ordered the High Court to proceed with the case privately, to make sure the child is represented by a defense lawyer and to follow the UN article. The judges also said article 53 of the criminal code should be used for sentencing guidelines, if the accused is found guilty.
“Where a crime is committed by young person between the ages of nine and fifteen years, the penalties and measures to be imposed by the courts shall be only those provided in Articles 157-168 of this Code. The young person shall not be subject to the ordinary penalties applicable to adults nor shall they be kept in custody with adult criminals,” reads article 53.
The referred articles provide alternatives to be used to correct young offenders. They include: Admission to a Curative Institution, Supervised Education, Reprimand; Censure, School or Home Arrest and Admission to a Corrective Institution.
The judges declared that every decision given by the lower court to be dismissed. The Judges ordered the discharge of the child if he is in detention.
The case which was decided on International Women’s Day was ruled on by seven judges. This was an extra ordinary event in the country’s legal history. On the day more than 300 students attended the hearing and asked questions regarding their rights.
The session was also attended by the Prime Minister Abiy Ahemd (PhD).
During this time female students asked what the government was doing to protect them from cat calling and daily harassment. They also raised questions related to marital violence and the inclusion of females’ rights under a chapter dealing with Human and Democratic Rights.
The seven Judges of the top court shared their experiences with the audience which included first year and second year law school students from universities.

The track of capitalism 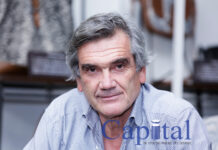 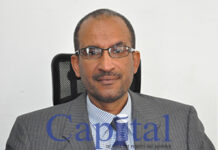