Suspension of Ethiopia from AGOA misguided 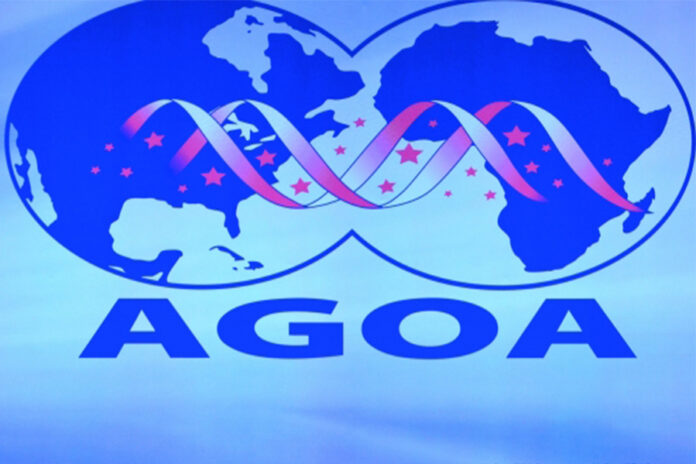 The Ethiopian government stated that the US government’s decision to suspend Ethiopia from AGOA is misguided and fails to take into account the commitment of the government of the US values the wellbeing of ordinary citizens.
In a statement issued by the Ministry of Foreign Affairs, “removing the preferential agreement will affect the livelihoods of more than 200,000 low income families, mostly; women who have got nothing to do with the conflict, it will also considerably impair the lives of one million people who are engaged in the supply chain ecosystem.”
It said that it expected from international community a balanced view on the situation in Ethiopia.
The statement issued further said that what Ethiopians expect from the international community and the US in particular at this time is an unbiased assessment of the critical situation and supply of the much needed humanitarian support to affected people.
“Unjustified intimidation to jeopardize the economic livelihoods of innocent citizens, which we believe is propelled by the enemies of Ethiopia behind the scene, will not give a peaceful resolution to the conflict,” it added.
And it asked the US government to reverse its decision that may only embolden the terrorist group while endangering the aspirations of Ethiopians to extricate themselves out of poverty.
“The government of Ethiopia is deeply dismayed by the failure of the United States to properly acknowledge efforts made to address concerns on both the humanitarian aid and human rights issues in connection with the conflict,” it said by reminding that reducing security checkpoints from 7 to 2, among others has shown the government commitment to address the concerns of the international community over some bureaucratic hurdles.
It recalled that the government support for the joint investigation by the UN Human Rights Office (UNHRO) and the Ethiopian Human Rights Commission (EHRC) into alleged violations of human rights committed in Tigray.
The report issued by the joint human right bodies mid this week disproved most of the allegations that were fingered on the Ethiopian government. It generally highlighted that there were not that much incidents that was claimed by the international community and media the statement from MoFA said.
The joint investigation by EHRC and the UNHRO has found that there are reasonable grounds to believe that all parties to the conflict in Tigray have, to varying degrees, committed violations of international human rights, humanitarian and refugee law, some of which may amount to war crimes and crimes against humanity.
In a report published, which examines the devastating impact the conflict has had on civilians, the Joint Investigation Team (JIT) details a series of violations and abuses, including unlawful killings and extra-judicial executions, torture, sexual and gender-based violence, violations against refugees, and forced displacement of civilians.
The report covers the period from 3 November 2020, when the armed conflict began between the Ethiopian National Defence Force (ENDF), the Eritrean Defence Force (EDF), the Amhara Special Forces (ASF), the Amhara Fano and other militias on one side, and the Tigrayan Special Forces (TSF), Tigrayan militia and other allied groups on the other, until 28 June 2021 when the Ethiopian Government declared a unilateral ceasefire.
The JIT visited several locations, including Mekelle, Eastern Tigray (Wukro), Southeastern Tigray (Samre and nearby areas), Southern Tigray ( Alamata, Bora and Maichew), Western Tigray (Dansha, Humera and Mai Kadra), and Bahir Dar and Gondar in the Amhara region, as well as Addis Ababa. The JIT conducted 269 confidential interviews with victims and witnesses of alleged violations and abuses, and other sources; and held over 60 meetings with federal and regional officials, representatives of international organisations, NGOs, community-based committees, medical personnel, and other sources.
“As the conflict expands with more reports of violations and abuses, this report presents an opportunity for all parties to acknowledge responsibility and commit to concrete measures on accountability, redress for victims and the search for a sustainable solution to end the suffering of millions,” said Daniel Bekele, Chief Commissioner of the EHRC. “EHRC remains engaged in monitoring the human rights situation since end of June and will be sharing its findings in due course,” Daniel said.
“The Tigray conflict has been marked by extreme brutality. The gravity and seriousness of the violations and abuses we have documented underscore the need to hold perpetrators accountable on all sides,” said Michelle Bachelet, UN High Commissioner for Human Rights.
“As the conflict has escalated, with civilians as ever caught in the middle, it is vital that all parties heed the repeated calls to end hostilities and seek a lasting ceasefire,” said Bachelet.
The JIT recommends that all parties to the conflict to end all violations and abuses and to take all necessary measures to protect civilians and civilian infrastructure. It calls on them to agree, without preconditions, to immediately end hostilities and end any measures that may exacerbate the already acute humanitarian crisis.