With support from the Swedish Embassy, Initiative Africa (IA), a local NGO, has launched a USD 1.5 million project to improve economic and social empowerment and wellbeing for young women
The– project “Making Change Happen” directly benefits girl students in junior and senior high school and girls who have dropped out of school in communities. Despite all the effort about empowerment these days, women are still stereotyped, especially if they try to fit into men-dominated spaces. Many industries, such as the tech, engineering, media and construction sectors employ very few women compared to men. This is not because women are less capable in those domains; they are just made to believe so, and in many cases, are denied the chance to prove their worth. The project covers 92 Woredas in six regional administrative areas.
Nearly 200,000 girls and boys will directly benefit from the project which seeks to increase women’s participation, leadership, influence and decision making skills by focusing on the workplace, schools, communities and the media.
Hopes are that this will reduce levels of gender based violence and sexual harassment from the earliest stages, and introduce or expand gender mainstreaming as a strategy towards realizing gender equality in public and private organizations.
Annika Jayawardenar, Head of Development Cooperation at the Swedish Embassy said “protecting the rights of girls is key to sustaining social and economic development so learning how to uphold rights is vital,’’as she signed a Grant Agreement with Kebour Ghenna, Executive Director of IA last Thursday.
During the ceremony, Kebour pointed out that empowerment projects such as this one are geared towards helping young girls and women have a voice in the society and achieve their full potential. Kebour appreciated the Swedish Embassy for the support it lent to the organization since 2006.
Ethiopia suffers from some of the lowest gender equality performance indicators in Sub-Saharan Africa. While good progress was made in the past decade on several of the Millennium Development Goals (MDGs), the country still fails short in advancing the social, economic and political participation of women.
The Ethio=Sweden relations began in 1866 when the first Swedish missionaries landed in Massawa. Since then partnership covered a wide range of development areas including education, health, democracy and human rights, research roads, humanitarian assistance and civil society cooperation.
Initiative Africa (IA) works to promote self-reliance, opportunity, and access to key supports for persons vulnerable to poverty. Since its re-registration in 2009, IA has teamed up with NGOs, associations, policymakers, and journalists to reduce poverty through leadership training, advisory services, connectivity and experience sharing. 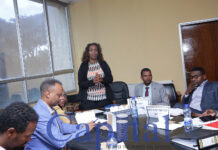 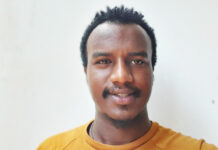