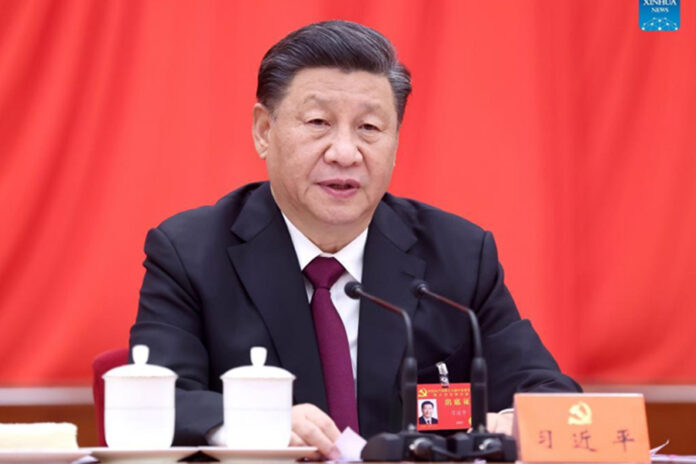 It was stated at the session that following the CPC’s 18th National Congress, socialism with Chinese characteristics entered into a new era. The CPC has led the people in bolstering self-confidence and self-reliance and in innovating on the basis of what has been achieved in the past, thereby bringing about great success for socialism with Chinese characteristics in the new era.

It was stressed that the CPC has established Comrade Xi Jinping’s core position in the Party Central Committee and in the Party as a whole and defined the guiding role of Xi Jinping Thought on Socialism with Chinese Characteristics for a New Era. This reflects the common will of the CPC, the armed forces, and the Chinese people of all ethnic groups, and is of decisive significance for advancing the cause of the Party and the country in the new era and for driving forward the historic process of national rejuvenation. With Comrade Xi at its core, the CPC has prompted historic achievements and historic shifts in the cause of the Party and the country.

It was highlighted that with regard to foreign affairs, China has advanced diplomacy with Chinese characteristics on all fronts. The concept of a human community with a shared future has become a banner leading trends of the times and human progress. China has broken new grounds in its diplomatic endeavors against the backdrop of profound global changes and turned crises into opportunities amid complex situations on the international stage. And China reaffirmed its firmly opposition to foreign interference.

The Central Committee also decided at the Session that the CPC will convene its 20th National Congress in Beijing in the second half of 2022, and stated that this congress is to be held at an important time when the Party has embarked on a new journey to building a modern socialist country in all respects and to realizing the Second Centenary Goal. It will be a highly important meeting and an event of great political significance for both the Party and the country.