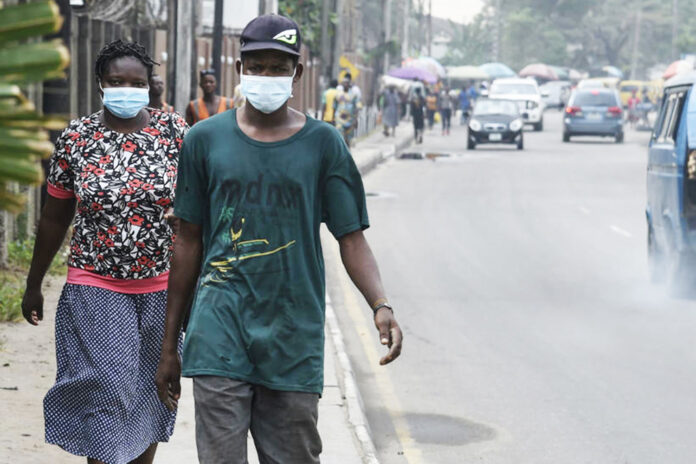 UNCTAD published a technical note entitled Global trade impact of the Coronavirus (COVID-19) Epidemic to evaluate the economic impacts.
Over the last two decades China become the world’s largest exporter and an integral part of global production networks. China has established itself as a key provider of inputs and components for many products, such as automobiles, cellphones, medical equipment, and more.
Over the last month, China has seen a dramatic reduction in its manufacturing Purchasing Manager’s Index (PMI) to 37.5, its lowest reading since 2004. This drop implies a 2% reduction in output on an annual basis. This has come as a direct consequence of the spread of corona virus (COVID-19).
The 2% contraction in China’s output has ripple effects through the global economy and thus far has caused an estimated drop of about US$50 billion across countries. The most affected sectors include precision instruments, machinery, automotive and communication equipment.
Among the most affected economies are the European Union, USA, Japan, Republic of Korea and Vietnam.
Even if the outbreak of COVID-19 is contained mostly within China, the fact that Chinese suppliers are critical for many companies around the world implies that any disruption in China will be also felt outside the country’s borders, impacting European, American and East Asian regional value chains.
The estimated global effects are subject to change depending on the containment of the virus and or changes in the sources of supply.

COVID-19 Hits January Passenger Demand
The International Air Transport Association (IATA) announced global passenger traffic data for January 2020 showing that demand (measured in total revenue passenger kilometers or RPKs) climbed 2.4% compared to January 2019. This was down from 4.6% year-over-year growth for the prior month and is the lowest monthly increase since April 2010, at the time of the volcanic ash cloud crisis in Europe that led to massive airspace closures and flight cancellations. January capacity (available seat kilometers or ASKs) increased by 1.7%. Load factor climbed 0.6 percentage point to 80.3%. 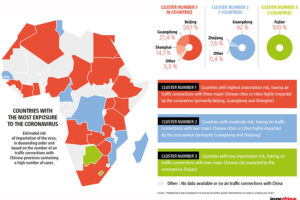 “January was just the tip of the iceberg in terms of the traffic impacts we are seeing owing to the COVID-19 outbreak, given that major travel restrictions in China did not begin until 23 January. Nevertheless, it was still enough to cause our slowest traffic growth in nearly a decade,” said Alexandre de Juniac, IATA’s Director General and CEO.
January international passenger demand rose 2.5% compared to January 2019, down from 3.7% growth the previous month. With the exception of Latin America, all regions recorded increases, led by airlines in Africa and the Middle East that saw minimal impact from the COVID-19 outbreak in January. Capacity climbed 0.9%, and load factor rose 1.2 percentage points to 81.1%.
African airlines’ traffic climbed 5.3% in January, up slightly from 5.1% growth in December. Capacity rose 5.7%, however, and load factor slipped 0.3 percentage point to 70.5%.
Asia-Pacific airlines’ January traffic climbed 2.5% compared to the year-ago period, which was the slowest outcome since early 2013 and a decline from the 3.9% increase in December. Softer GDP growth in several of the region’s key economies was compounded by COVID-19 impacts on the international China market. Capacity rose 3.0% and load factor slid 0.4 percentage point to 81.6%.

“No Touching” – Rwanda PM issues new directives on Corona Virus
Prime Minister Edouard Ngirente of Rwanda has issued directives aimed at averting a possible spread of the deadly New Coronavirus as the epidemic spreads to different African countries.
Rwanda has not registered a case of New Coronavirus but as the virus continues to be detected in different African countries, Rwanda is on high alert to ensure that the virus which has so far been detected in South Africa, Nigeria, Senegal, Egypt, Morocco and Tunisia does not reach Rwanda.
Rwanda has tightened measures to prevent Coronavirus, including setting up cameras at Kigali International Airport and all entry points as well as placing hand washing equipment and sanitizers in public places.
The Prime Minister’s directives are based on the findings of a taskforce set up to tighten the preparedness of the country to deal with a possible outbreak.
“In order to prevent and mitigate the risk of Coronavirus (Covid-19) transmission; The Government of Rwanda has set up a multidisciplinary team to assess and strengthen preparedness and response to the epidemic,” an announcement from the PM’s Office reads.
Togo confirms 1st coronavirus case
Country’s first COVID-19 patient is 42-year-old woman who recently travelled to France, Germany, and Turkey
The government of Togo confirmed the country’s first coronavirus case on Friday.
In a statement, the Togolese government said the patient who tested positive for the novel coronavirus known as COVID-19 was a woman, and recently travelled to Benin, France, Germany, and Turkey.
She returned to Togo from Benin by road and arrived in the capital Lome on March 2.
The statement said the 42-year-old patient was currently isolated at an infectious disease treatment center and there were no major concerns regarding her health.
Togo joins a growing list of African countries with coronavirus cases, which include Cameroon, Senegal, South Africa, Nigeria, and Algeria.
The new coronavirus emerged in Wuhan, China, last December and has now spread to more than 80 countries.
The global death toll is nearing 3,500, with around 100,000 confirmed cases, according to the World Health Organization (WHO).
The WHO, which had declared the outbreak an international health emergency, recently updated the global risk level to “very high”.
South African first coronavirus case came via Dubai to Durban
South Africa’s first coronavirus case came from Italy via Dubai to the main airport in the eastern city of Durban, the health minister said on Friday.
Zweli Mkhize was briefing media in Hilton, the eastern South African town where the man with the virus is admitted to hospital after testing positive the day before. Mkhize was correcting earlier reports that the man had come through the main international airport in Johannesburg.
He added that there was currently no other South African coronavirus patient apart from the one reported already. The patient was a 38-year-old male who traveled to Italy with his wife, part of a group of 10 people and returned on March 1.
President Cyril Ramaphosa on Thursday warned that the virus would hurt travel and tourism, and have a negative impact on South Africa’s already struggling economy, but urged citizens not to panic.
Since the coronavirus outbreak began in the central Chinese city of Wuhan in December, it has infected almost 100,000 people worldwide and killed more than 3,000, mostly in China.

The current process of European integration