The Public Procurement and Property Disposal Service (PPPDS) opened two separate wheat bids for the procurement of 600,000 metric tons under an international competitive bid.
The first bid that was opened on Tuesday, October 13th for the procurement of 400,000 metric tons of milling wheat for the Ethiopian Trading Business Corporation (ETBC). Six companies offered their technical and financial documents on the separate envelop scheme that was introduced recently by PPPDS. It is also noteworthy that PPPDS has also added on the bid documents stating that bidders must disclose their Free on Board (FoB) or port of loading.
The 400,000 metric ton of milling wheat bid is to be undertaken under four lots, with each lot representing 100,000 metric tons.
According to the bid process, two companies have offered their document for all the four lots, while others have offered for different lot iterations.
The six companies that were involved in the 400,000 metric ton bidding are; Green Export CA, Aston FFI (Suisse), Promising International Trading Co, Huyton Inc, A plus Importer and Rosentreter Global Food Trading. 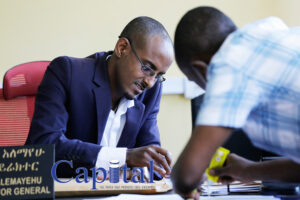 The companies that offered different bids include; Huyton which expressed interest in LOT 3 and 4, stating that its port of loading will be Novorossiysk, Russia and Odessa, Ukraine for the respective lots. Aston FFI offered its interest to supply the fourth lot only and it stated that its port of loading was Kavkaz port, Russia. Lot 3 was attractive to both Promising International Trading Co and Green Export CA. Promising International Trading Co stated that its port of loading was at Yuzhny of Ukraine whereas Green Export CA expressed that its port of loading was Novorossiysk, Russia.
The companies that expressed their interest to all the four lots include; A plus Importer and Rosentreter Global Food Trading. Rosentreter, a German company, stated that the port of loading was Novorossiysk, Russia for all lots. On the hand, A plus Importer, an Ethiopian origin company, approached every lot with different loading ports. For Lot 1 it provided Novorossiysk, Russia, for Lot 2 it gave Constanta (Konstanza), Romania, for Lot 3 it stated Dunkirk, France and Odessa, Ukraine for the fourth lot.
According to the bid that was floated on the 6th of September, it stated that the procurement procedure will be carried out on a Free on Board scheme. Furthermore, the winner will be determined not only by their wheat price offer but also by the logistics cost from the port of loading to the country of delivery.
The logistics cost will be analyzed by the sole public vessel operator, the Ethiopian Shipping and Logistics Services Enterprise.
Since last year the bid to procure 400,000 metric tons of wheat for ETBC, which was purchasing the grain to stabilize the market faced annulment on different occasions for different reasons.
The remaining 200,000 metric tons of milling wheat bid that PPPDS was procuring on behalf of the National Disaster Risk Management Commission was opened on Thursday, October 15.The bid had been floated as of September 8 and out of 40 companies that bought the bid document, only 4 fully participated in the bid.
Promising International Trading Co, Huyton Inc, A plus Importer and Marthina Mertens Sampl were the companies that participated on the bid that is to be undertaken on two lots.
Except Promising International, all bidders have expressed their interest to the two lots that have 100,000 metric tons of milling wheat each.
HuytonInc disclosed that if it wins the bid the cargo loading port will be at Kavkaz, Russia for the first lot and Chornomorsk of Ukraine for the second.
Marthina Mertens-Sampl stated the loading port of Terminal 24 of Novorossiysk, Russia will be used.
A plus Importer disclosed that the loading port would be Novorossiysk, Russia and Dunkirk, France respectively for the first and second lot. 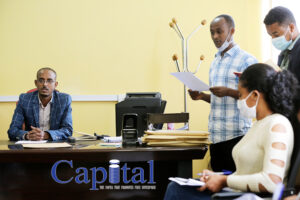 Promising International expressed its interest in lot two and that the port of loading would be Odessa, Ukraine.
PPPDS will disclose the result for both bids (400,000 and 200,000 metric tons) after technical and financial evaluation.
Two weeks ago PPPDS opened a wheat bid for the procurement of 80,000 metric tons on behalf of the Food Security Coordination Directorate of the Ministry of Agriculture for the Safety Net Program that is supported by the World Bank.
The companies that expressed their interest for that bid include; Nuhizy Alrfay Mohamed, which offered the lowest price, Promising International Trading Co, Ameropa AG and Falconbridge.

One million in urgent need of humanitarian assistance in southern Ethiopia 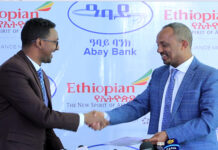 EIB confirms €3 billion of new investment across Africa in 2019