Lumpy skin disease (LSD), an acute infectious viral skin infection affecting cattle, broke out in the states of Oromiya, Southern Nations, Nationalities &Peoples (SNNP) and Amhara. The disease spread rapidly because the National Veterinary Institute (NVI) couldn’t deliver a vaccine on time.
It permanently damages the skin of the cattle and rapidly decreases production. It also causes high fever and other significant damage to them. Globally it has a 10% mortality rate.
The virus, which is very closely related to sheep and goat pox, usually occurs during periods of high insect activity such as in the summer months, and more significantly in the wet areas.
Zewdnesh, a dairy producer, lives in Bishoftu town. She had nine cows, but lost one from the LSD infection which caused a secondary infection in the respiratory system. The cow could have earned her 50,000 birr and would provide her around 20 liters of milk per month.
“Except for one of my cows, which appears to have natural immunity, all of my cows are sick,” she told Capital. “The dairy production is very low and the cows are suffering, the problem is spreading around my neighborhood.”
The Ethiopian Ministry of Livestock and Fisheries, which is mandated to supply the vaccine to the regions, said it couldn’t deliver the vaccine because the sole vaccine producer and supplier NVI failed to deliver on time.
“We ordered the vaccine a long time ago but they didn’t supply it to us. Considering the gravity of the outbreak in the Arsi zone we were obliged to take 350,000 doses of vaccines from our SNNP stock,” said Dr. Girma a coordinator for health regulation at the directorate. “We gave the NVI two weeks which is almost expired. If they don’t deliver on time we will take action.”
The nation’s sole veterinary vaccination production institute reported that it lost five million doses of LSD vaccinations this year. NVI says it lost one machine which is meant to hold the vaccine dormant because of a power problem.
“We lost 10 million doses of vaccines in total. We may lose additional vaccines if the generator fails,” Kenaw Birhanu, production and sales manager said.
The disease is known to minimize the dairy production by up to 50% and has  a possible mortality rate of 10%. Also, it makes the skin of the cattle non-usable.
The Ministry also stated that the strain was receiving multiple of complaints which the EVI was supposed to consider early.
“We are conducting research to change the strain and the issue is also a major problem in fighting the virus on the continent. Unfortunately, we were not able to make the new strain ready for this year,” said Kenaw. “We are worried if we lose the bread bacteria recovering will be too hard.”
The EVI which is based in Bishoftu town said it reported the problem multiple items to various bodies but there was no solution.
Also as the disease is known for creating a secondary infection in open tissues it is recommended not to eat the meat of the cattle or use any products from them.
But, a couple of farmers which Capital talked to in Bishoftu town are selling the milk.
According to government statistics, there are approximately 50 million cattle, 50 million goats and sheep, plus an assortment of horses, donkeys, camels, and chickens. 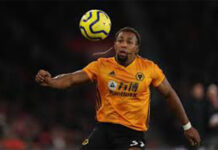 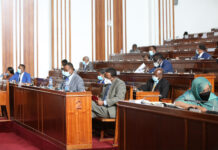