The current budget year’s economic growth will be indicated by the rate of job creation.
The recently formed National Investment and Employment Opportunity Lead Committee which was chaired by Prime Minister Abiy Ahmed met this week.
During his opening address the PM stated that for the budget year the economic growth indicators will focus on job creation which is a major challenge for the country.
The ruling party says the country has experienced massive economic changes and development with double digit growth rates but some economic experts argue that the economic growth has not been accompanied by job creation and poverty reduction. Some experts counter that the growth figures are exaggerated and do not reflect reality on the ground.
A year ago Abiy, said every year 3 million youth start looking for jobs and this needs to be addressed by any means necessary.
For the past budget year there were 1.3 million sustainable jobs. This year the plan is to create over 3 million. The PM said that the top agenda is how many people are engaged in work and able to live a decent life. This is the measurement’s priority.
According to the plan during the budget year the government wants create 3.09 sustainable and decent jobs, not including temporary jobs, to solve a short term problem, according to Abebe Abebayehu, Commissioner of the Ethiopian Investment Commission (EIC), and the co-coordinator of the committee “Our target is to create a decent way of living for the society,” he added.
The investment must create jobs for the society and be part of the development cycle. Under the lead committee there are three sub committees including the ease of doing business initiative, job creation committee and priority investment sectors. The priority investment sectors are tourism, mining, ICT and agriculture. The plan projects to create jobs in these major areas.
The agricultural sector is a major area expected to employ many. The plan shows that the agriculture sector will create over 1.03 million decent jobs for the year, while irrigation and horticulture are expected to create jobs for over 568,000. Then hopes are that more investment will lead to 414,000 jobs, in aquaculture and forestry.
For the year the government has given attention to expanding irrigation based agriculture that will include educated youth.
Industry will focus on micro level manufacturing, manufacturing, construction, and mining.
In the industry sub sector 1.11 million jobs are expected to be created for youth and the construction manufacturing, and mining sectors are the major areas that would absorb a significant number of job seekers.
In the service sector ICT has gotten prior attention by the government to include skilled young citizens, while overseas jobs will be created for over 333 thousand youth.
According to Ephrame Tekle (MD), Commissioner of the recently formed Employment Opportunity Commission, the plan is to create jobs in various percentages during the four quarters of the budget year, which has already consumed one month.
In the first quarter 15 percent of the targeted jobs should be achieved and 35 percent each in the second and third quarter and 15 percent in the last three months.

The improvement of the business climate is also the other target. Even though the country attracts investors it is not as much as expected, but the country has several investment potentials, according to the PM.
Attracting investment from abroad and local companies is expected and identifies key challenges for the sector and supports the investors to register tangible success.
Improving the finance and foreign currency accessibility, improve the bureaucracy practically, and accessibility for land would be improved. This would lead to increased investment and employment expansion.
Abiy has also added that the rule of law and reducing risks are crucial for the sector improvement. Due to that security and support from the bureaucracy by tackling corruption are vital, he amplified.
He stressed that regions should cooperate each other for positive results. Abebe said that institutional public dialogue mechanisms should be formed to solve problems in an organized manner and investors shall come up with concrete and digested proposals. Their problems would be discussed and sustainably solved.
The lead committee members come from leaders of regions and ministers.
The committee would have sub-committees from the bottom at the kebele level in all regions. The national committee meets every two months. The sub-committees will meet investors and relevant bodies directly to evaluate and solve problems.
Abiy said that the job creation endeavor shall be run as the cooperation observed in the tree planting.
Currently the share of the society engaged in agriculture has declined to 68 percent that was about 80 percent a decade ago. Jobs in the service and industrial sectors are 22 and 9 percent respectively.
From the total created jobs civil service takes six percent, the private sector absorbs 5 percent and the self employment share is 40 percent. The society engaged in non-monetary work, like individuals supporting a family, is 47 percent.
According to the study presented in the committee meeting, There are 53 million people seeking jobs and 11 million are unemployed (from the age 15 to 64). Ephrem said that from the total employees the majority are not paid. He said from 18pct of the potential workforce is unemployed.
According to the plan after this year 14 million and 20 million jobs should be created by 2025 and 2030.
In the first quarter of the budget year that ends on October 10, 464 thousand jobs will be created.
Ephrem said that the four billion trees that were planted shall create over one million jobs for those who take care of the trees.
He said that several improvements should be implemented in different sectors like ICT, mining and tourism that would accommodate many people looking for work.
The PM said that in the stated four sectors the government has been engaged in massive preparation.
For instance in the ICT sector start up businesses 3 billion birr was secured from aboard, national data mining is another ICT sector that shall grab huge attention and new jobs, according to the PM.
He said in the mining sector massive preparation has been done and if the committee can solve problems the sector shall register tangible results.
Economic reform which was recently approved by the Council of Ministers will be tabled for discussion within a week, according Abiy. He said that the reform looks at several areas to create more jobs.

The European Monetary Union and Trumpism 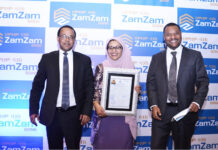 India has handed over a consignment of medical aid