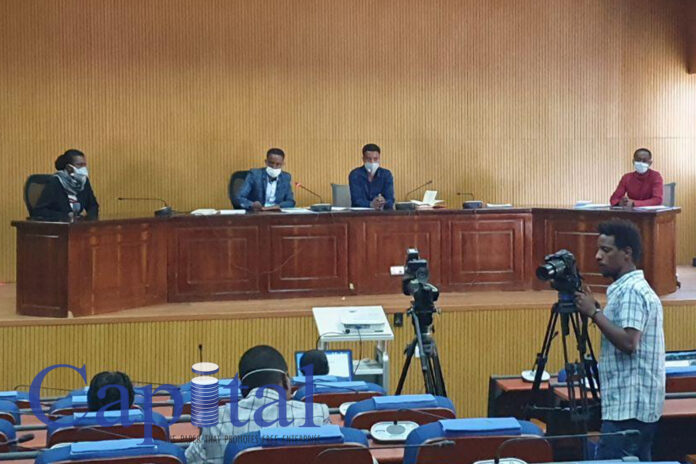 The Public Procurement and Property Disposal Service (PPPDS) concluded the 600,000 metric tons of milling wheat procurement without a claim.
PPPDS that opened the financial offer for the bid to procure 200,000 and 400,000 metric tons of wheat separately and this will be distributed to the Ethiopia National Disaster Risk Management Commission and Ethiopian Trading Businesses Corporation respectively. The bid is awarded to three companies.
For the bid to procure 200,000 metric tons of wheat, the London based Gemcorp Commodities Trading, that offered USD 204.97 per ton for the first 100,000 metric tons lot and USD 202.33 per ton for the second lot, is awarded to supply the grain.
According to confidential cost of carriage that Ethiopian Shipping Logistics Services Enterprise (ESLSE) provided for PPPDS, the transport cost from ports that Gemcorp offered to Djibouti port is USD 39 per ton, which means the total winning prices are USD 243.97 and USD 241.33 per ton for the first and second lots respectively.
According to the bid document of Gemcorp it has stated that it will provide the products at two ports in Ukraine and Russia for first and second lot respectively.
The carriage cost for most of the bidders was almost the same except Ameropa AG, a Swiss company, mentioned it will provide the product at Constant Port of Romania and the ESLSE cost of carriage indicated that the per ton price from the sated port is USD 38. Meanwhile Ameropa offered a higher price for the grain than Gemcorp.
In the second bid to procure 400,000 metric tons of milling wheat two companies secured the award.
Singapore based company Olam International, that offered the least price for the first lot only, secured the 100,000 metric tons supply. It offered USD 212.7 and the carriage cost that ESLSE gives is USD 39 per ton from the port Chornomosk at Ukraine.
The rest three lots classified by 100,000 metric tons each is awarded to a German based company, Marthina Mertens Sampl.
The German company has offered USD 219.35, USD 219.49 and USD 219.99 per ton from lot two to four and the carriage cost from Russian Port of Novorossiysk to Djibouti is USD 39 per ton according to the price given by ESLSE.
On this latest bid process PPPDS has taken different bidding approach by proceeding two envelop system. In the system bidders should come up with the technical and the companies that pass the technical evaluation will compete on the financial bid in a separate manner.
Tsewaye Muluneh, Director General of PPPDS, stated that the current bidding process is the most successful approach taken by PPPDS. She told Capital that this wheat bidding process may be the only bid concluded without any dispute.
Abeba Alemayehu, Procurement and Contract Administration Sector Deputy Director at PPPDS, told Capital that previously the Service only look for the wheat price. “The freight cost is now taken into account. In the past in our bid document we mentioned bidders to come up with any port, but now on the current technical proposal PPPDS stated that bidders should come up with named port that shall give us to analyze the carriage cost,” she added.
“Previously we might award the company that offer lower price on the wheat but sometimes the final price included the carriage cost will be higher due to the port location and destination,” she explained.

“The supplier offers FOB price and the government cover the transport cost but based on our study it costs the government; for instance the carriage cost for the wheat that comes from Black Sea and Argentina port does not have similar rates,” Abeba said.
In the past both technical and financial documents were opened at the same time, which was a challenge to conclude procurements on time. At the same time bidders were free to loading ports or the government was not considering the loading port destination, which is now analyzed by the state owned enterprise ESLSE and offered for the Service to consider it.
A company representative that participated in several public procurements for years highly appreciated the new approach introduced by PPPDS.
“This is very clean and transparent and the country is supposed to follow similar procurement process in the future for such huge purchase,” he said.
He added that the scheme will clear corruption suspicions and is a perfect approach.
“Even the shipment approach is very clear that ESLSE presented the port of loading price that will determine the winner of the bid,” the bidder said.