ZamZam Bank discloses that it has become the first financial firm to introduce sharia compliant core banking solution in the country.
The financial firm which became the first full-fledged interest free bank in Ethiopia after securing its operational license late September last year, has held its first annual general assembly and extraordinary meeting last week.
Nasir Dino, Chairperson of the Board of Directors, said that after obtaining the license from National Bank of Ethiopia on September 28, 2020, the bank has been strengthening human resource, organizing the IT project office, developing policies, procedure and strategy in addition to endorsing a president and VPs. 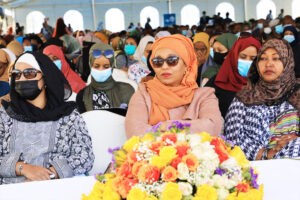 According to the chairperson, major milestones were done to organize the head quarter and branches starting from area selection to implementing pertinent tasks simultaneously in order to speed up the commencement of operations.
He implied that the Sharia Advisory Council members for the bank were carefully selected based on their merit, knowledge and contribution towards the development and expansion of interest free banking.
Nasir reminded that the paid up capital of the bank has reached 1.233 billion birr.
Currently the bank that secured operational license at the end of the first quarter of the 2020/21 financial year has managed to open 20 branches in different parts of the country and managed to gain more than 35,000 customers in few months time.
“Hence the bank is working towards growing it’s paid up capital to 5 billion birr and collecting as much foreign currency as it can,” Nasir added.
On the statement the bank sent to Capital in order to realize the principal focus of the bank which is operational excellence, ZamZam implemented the first sharia compliant core banking solution in the country to ease branch operation and financing activities.
It announced that in the first few month of its operation the bank has managed to establish good relationship and connections with well-known international banks and transfer agents. It has also started swift service that is essential for international trade. 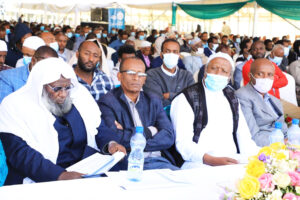